EuroAdventure Day 1: We made it!

Hello from Roydon, Essex! We arrived to London this morning and have been getting settled in. Currently, the USA/Germany game is on at the pub in town, and I'm taking advantage of the free wifi. And the beer. 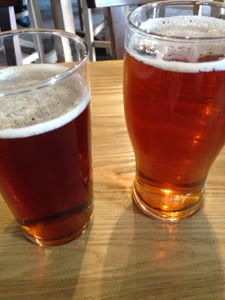 We flew from Vegas to Toronto last night, before our final flight to Heathrow. The Toronto airport was very modern, with lots of shops and access to free internet on a slew of iPads. 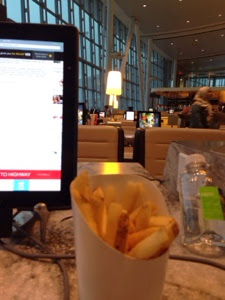 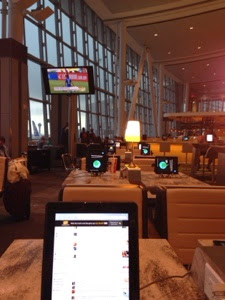 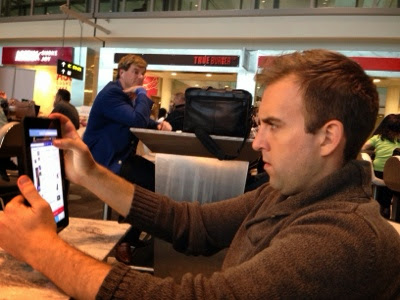 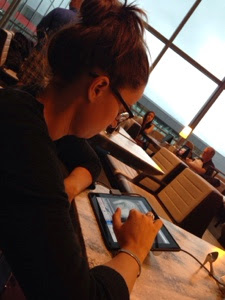 After a quick snack of French fries with a side of free internet, it was time to get on our Air Canada flight to London. Each seat had an outlet, USB port, and touch screen entertainment center. Rick's seat did not have working sound, so you can bet I'll be tweeting about that later! 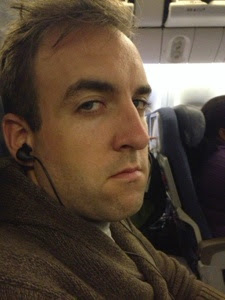 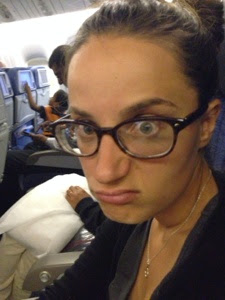 Dinner was a vegan sweet potato and veggie curry. Neither of us were brave enough to try the brownie :) 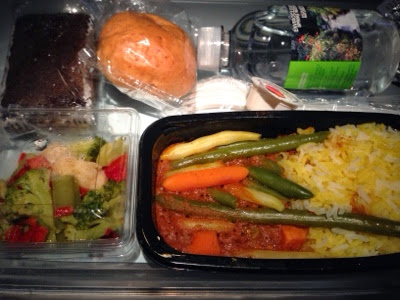 After a long flight of chatting children and not quite enough sleep, we arrived. Our flight came in to the new terminal at Heathrow and it was beautiful. Clean, fresh, and very impressive. 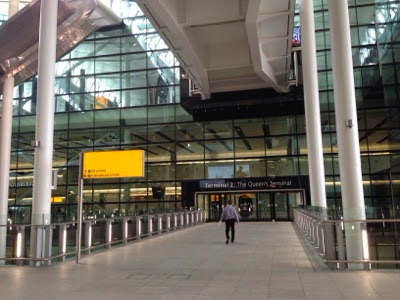 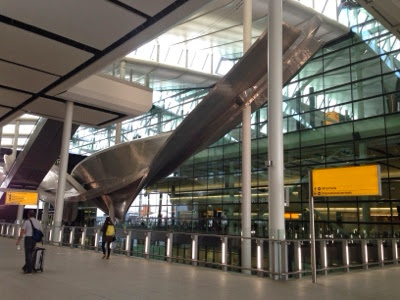 Malcolm met us at the airport, and we headed to the marina where the boat is moored. We got acquainted with everything, made a quick grocery store run, tidied up, and had a quick nap. Now, it's time for the soccer games and some relaxing before we head in to London tomorrow! 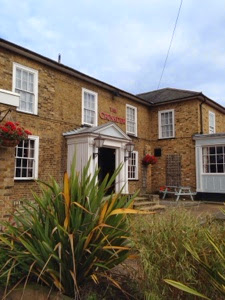