Many of you know that it took me years to jump on the Twitter bandwagon--I never really felt like it offered me anything unique that another social media platform couldn't offer. Well, I caved this past fall and so far, things have been going well--I'm really good at complaining to companies with poor customer service, reading about the top 15 tips for X, Y, and Z, and retweeting things that I think articulate a great point.

Last weekend, I retweeted Portlandia, when they were offering up seats to an event in LA. Never expecting to win, I was blown away when they contacted me on Monday and that is how Rick and I found ourselves standing outside of The Last Bookstore in downtown LA last night. The show was hosting an Emmy event, including a debate with Toni and Candace from Women and Women First. For those of you who don't watch the show, Toni and Candace are played by Carrie Brownstein and Fred Armisen, respectively, and they are big time feminists. 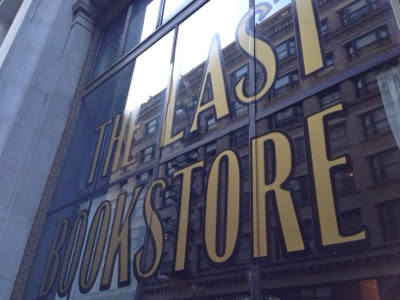 We arrived early, which was a great thing, The line to get in stretched around the block, and I doubt everyone was let in. I have heard about the bookstore before, but hadn't been inside. It was fun to wander around and take some pictures, while we enjoyed a glass of wine and some appetizers. 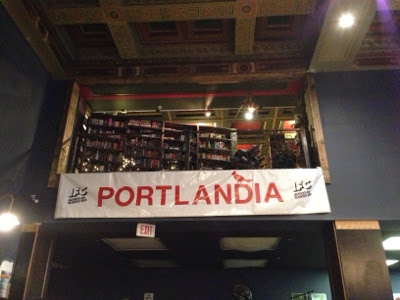 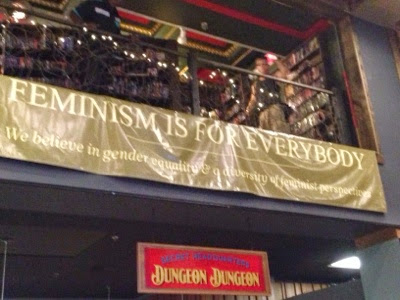 The marketing/promo department had clearly gone all out--they added small touches here and there to make the bookstore really feel like Women and Women First, to get everybody in the mood. 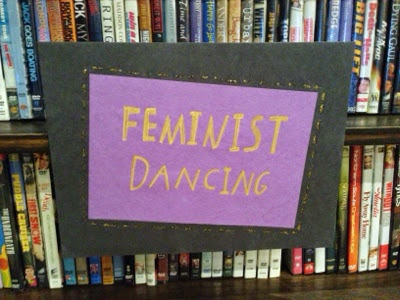 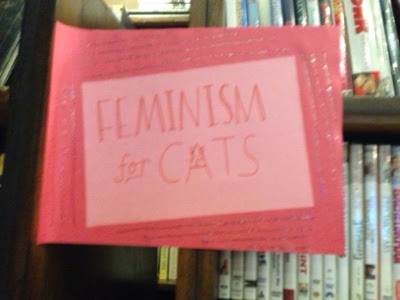 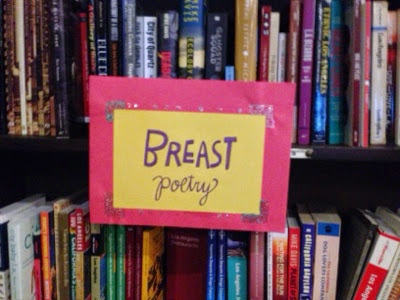 The book store itself is impressive, with lots of large scale art like this wave of books on one wall. 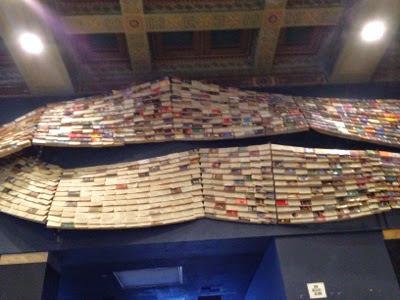 We had decent seats, off to one side in the center section. It did feel a bit cramped, and hot, but it was worth the wait. 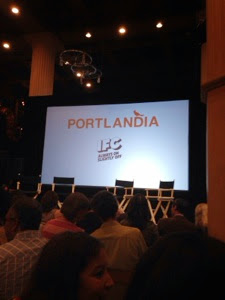 Candace and Toni were debating two Gender Studies professors, one from UCLA and one from USC. We laughed a lot, listening to their irrational logic and watching Carrie try to hold it together while Fred improvised. Rick was ready for the end of the debate when they asked for audience contributions about topics to debate--I think shouting "gender neutral bathrooms!" set them up for some pretty great jokes :) 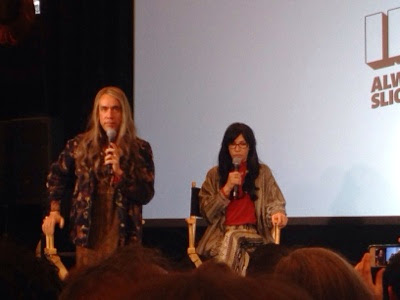 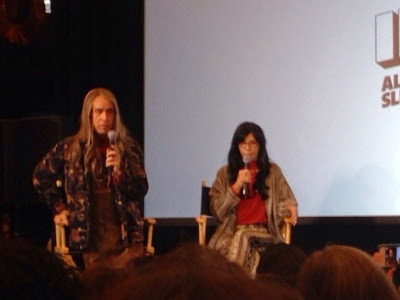 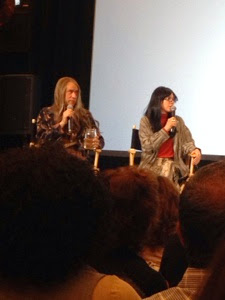 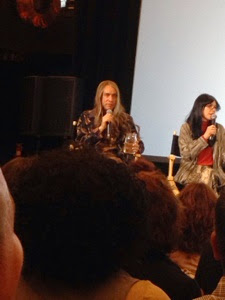 After the debate, the season 4 finale was screened. We haven't watched this season yet (waiting for it to hit Netflix so we can binge our way through it), but it was still hilarious, as expected. Following the screening, there was a Q&A with the creators of the show. 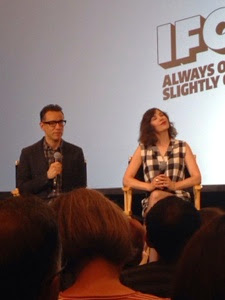 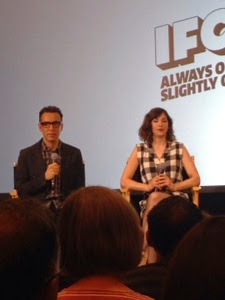 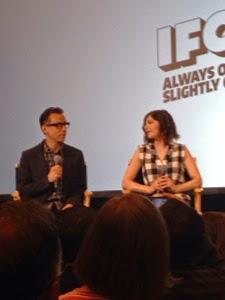 We managed to snag a photo with Fred after the event--tried to get Carrie too, but they rushed her off right before I could ask. Unfortunately, the kid I handed my iPhone to clearly has no idea how to deal with light balance and taking a picture of faces in low light: 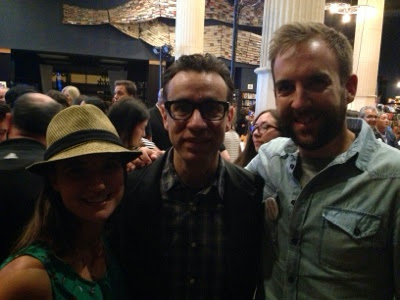 Good thing we have IG to filter and saturate photos to our hearts content! 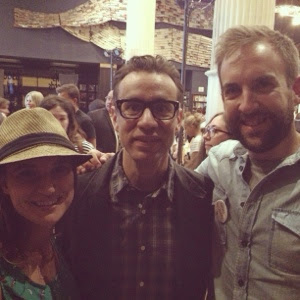 A fun evening, and inexpensive, too! (Thanks, Twitter!) This is one of the many times I have been grateful to live in LA--somehow, we find ourselves with cool opportunities to meet down to earth celebrities, support tv shows and causes we enjoy, and learn a bit more about "the business" as we go!