Tales from the Test Kitchen

It's been an interesting culinary weekend in the Barclay house! Some things went well, others did not go as well.

Let's start with the flop of the weekend:

Looks easy enough, right? I found this recipe on Facebook or Pinterest (can't remember where at this point) and decided it would be a simple dinner for Saturday night. We are conserving the eating out budget, in advance of our trip, and we picked a bunch of great looking tomatoes I thought would work great in this recipe.

Things looked promising at the start: 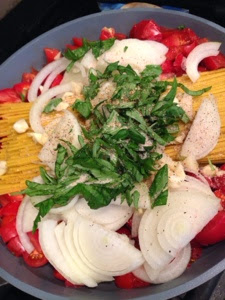 And then they slowly started to go downhill... I had bought gluten free linguine for the pasta, and somehow, the lack of gluten protein made everything start to stick together. 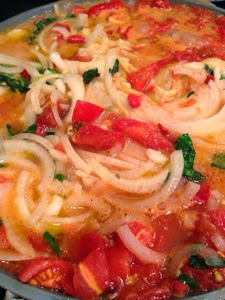 At this point, it was more like a pasta casserole or pie. The noodles were sort of a solid mass, with the veggies all mixed in. We decided to give it a try anyway, just to see what it would taste like. Rick's verdict--the flavors were really great, it was just the pasta not behaving that was a let down! Next time, I'll make the noodles separately from the sauce. I know that defeats the one pan part, but maybe a rotini or macaroni noodle might work better in the sauté pan. 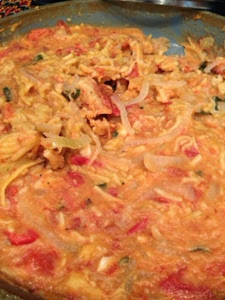 There was one great success, however! Inspired by ice cream sundae day at work this week, I decided to try Jeni's Creme Sans Lait ice cream recipe! I ended up making two batches--one to bring in to work for my veg friends, and one for us to have at home. After a small snafu with the ice cream maker on batch one (read: it helps to read the directions of operation first. My Grandpa Laich taught me better!), batch two turned out great. I even decided to create a blackberry Pimms sauce to layer in the batch for home. Taste tests agree--two thumbs way up! Thanks for the great recipe, Jeni! 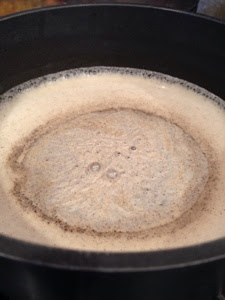 Getting ready to blend 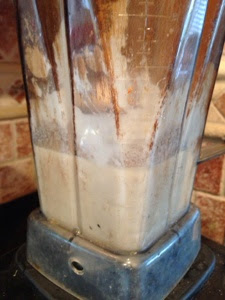 Ice cream base in the machine 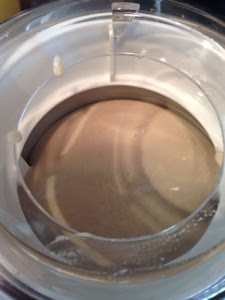 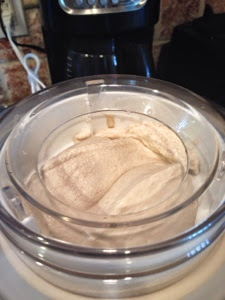 Lots of things in our kitchen are trial and error--some go well, and others do not! I wanted to share that we are far from perfect--the recipes and meals we most often share are things that are tried and true. But, we are all human :)