When researching Belgium, we discovered lots of information about Gent (or Ghent). It is a city with lots of great architecture--and lots of great vegan food. It is only about a 45 minute train ride from Brussels, so we decided to check it out.

It was rainy on and off all day, so we were sure to wear warm clothes and our rain jackets. We walked up to the Brussels Central station and purchased tickets for the train--only 8 euro total! What a steal!

.....wellllll.... turns out we had purchased bus tickets. A little bit of a communication error there, I think. Luckily, the conductor/ticket collector gentleman on our train was very kind, and didn't charge us a penalty. He actually found a way to save us money on the journey. Let's just say, it was a bit more than 8 euros!

When we got to Gent, we decided to walk from the main train station to our lunch destination. I had been reading reviews for Avalon on Happy Cow, and many, many people said it was the best veg place in town. We enjoyed the walk, spotting the canals, wandering through the Korenmarket, and seeing the large and beautiful buildings. 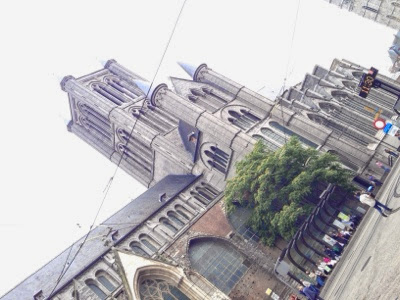 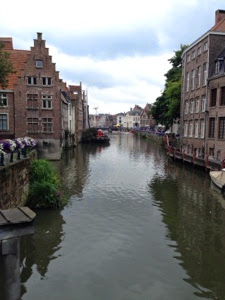 Avalon is across the street from a truly Medieval castle--from the 12th century, I believe! That is the picture above.

We got to Avalon just as it opened--the reviewers online recommended getting there early, as the food can sometimes run out as the day goes on. The restuarant is actually only open for 5 hours each day, over lunch. the menu changes daily, with lots of inventiveness from the cooks and staff. 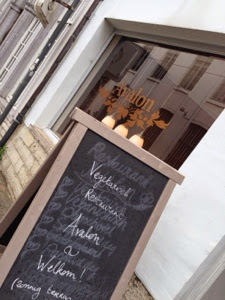 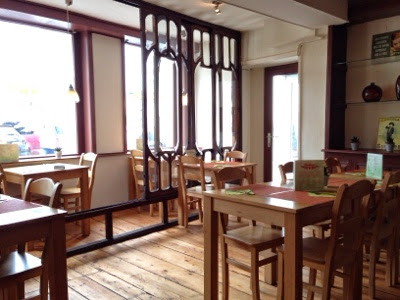 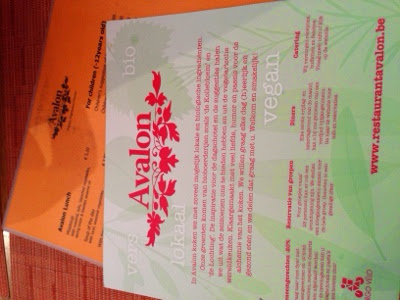 Rick and I decided to share dishes, which tends to be the less expensive route that also allows us to try the most things. We opted for a coffee wth soya milk, the soup of the day (a sweet potato and pumpkin curry flavor), bread and oil, and the vegetable pie with was accompanied by a number of side dishes. 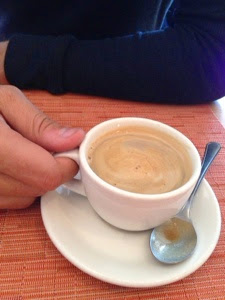 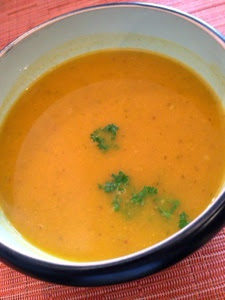 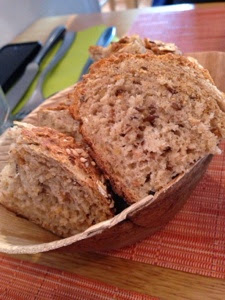 The food was incredible. The flavors in the soup were so subtle but perfectly combined, the olive oil for the bread was rich and full-bodied, the vegetable pie tasted like something I'd want to eat at Thanksgiving. Despite sharing all of the food (and not really eating the beets), we were both so full afterwards.

After lunch, we wandered around the center of town, taking in all of the cathedrals and churches and beautiful buildings the city had to offer. It seemed like there was something new (well, old), huge, and impressive on every corner. We went inside Saint Bavo Cathedral, but photos aren't allowed inside. The cathedral was ornate and opulent, and it was fun to go down into the crypt and see walls from the first portion that was built, arround 1150. 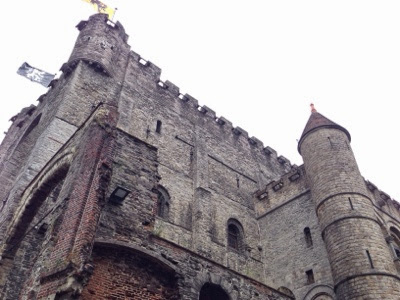 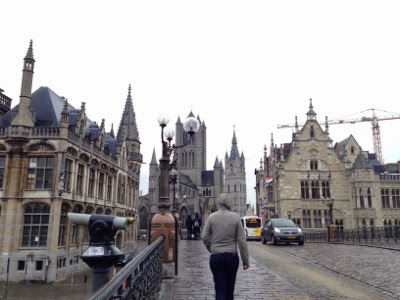 We shopped around a bit, stopped in Starbucks for free wifi (but they wouldn't accept my Starbucks card!), and grabbed some baguettes for an afternoon snack. I even found a restaurant for my carb and potato loving heart, though we didn't stop to eat there.

I'm sure we could have stayed in Gent longer, but we had seen what we wanted to see, and the rain was a bit off-putting. We headed back to Brussels, and to our hotel for some tea to warm up.

If I am honest, we probably didn't do enough research about Brussels before going there. We pulled up a bunch of stuff on the internet when we got back from Gent, but it was pretty much too late. There are some neat neighborhoods we wish we could have seen, and some restuarants that looked great, but it was too late to figure all of that out at 5pm on our last day there!

We walked down to Mr. Falafel for dinner (I think I could honestly eat falafel everyday and be perfectly happy). The little hole in the wall shops offers falafel pitas for 4,5 euro, and unlimited, free salad bar. It was delicious, and the owner was very kind. 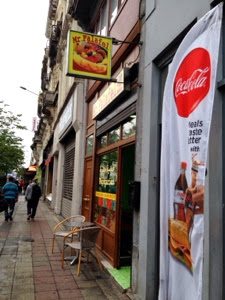 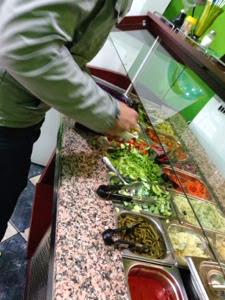 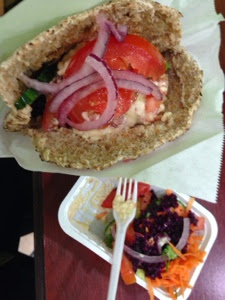 After dinner, we wandered around some more, with no particular destination in mind. We just knew we wanted to shower and pack before the football at 22:00. 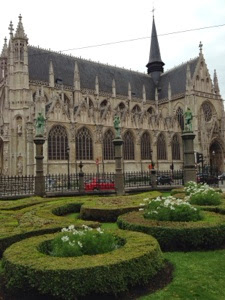 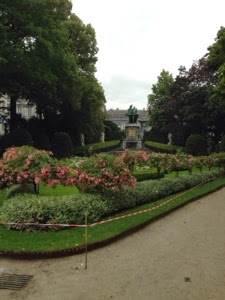 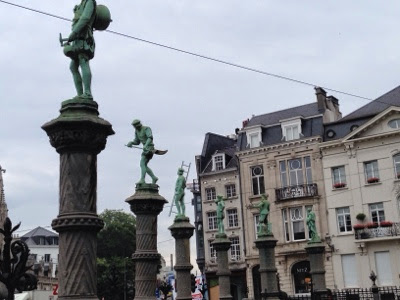 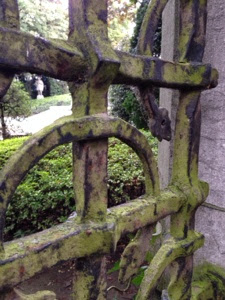 Brussels has so much street art, it is unbelievable. Some is just regular tagging, initials and names, but many are works of art that the city preserves. There is a comic book museum in the area, and lots of artists have recreated famous scenes. I wish I had more photos to share! 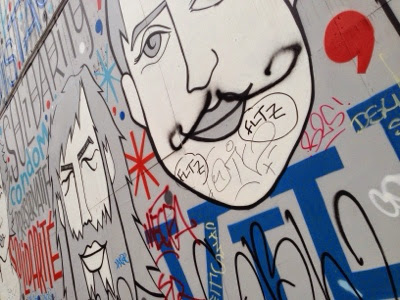 We decided to watch the soccer down at the English pub near our hotel. Sidebar--who opens an English pub but doesn't serve Pimms?!?!! It was fun to be wth a crowd to watch the match, though I wondered if a slaughter rule should be instated in FIFA soccer.... 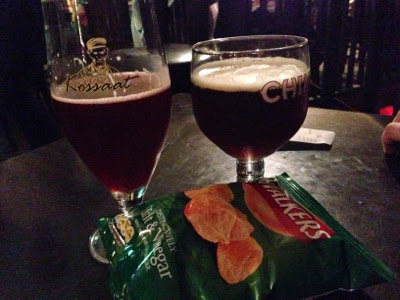 Rick was excited to show me the Grand Place at night--I am so glad we walked up there. It was beautiful! 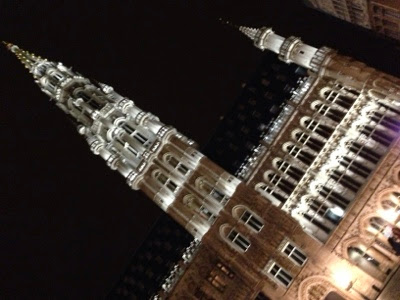 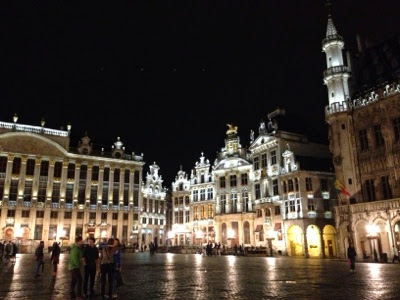 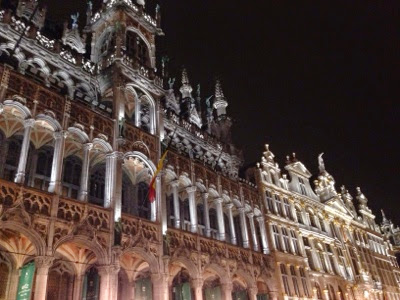 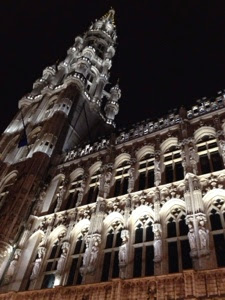 After one last walk around the city, it was back to the hotel for some research about Paris and the Metro and checking in to our Air BnB! See you in France!