After driving in to London with Malcolm on Tuesday, we decided to head up to Cambridge to see the university and meet for lunch. We had to wait for off-peak travel and much to our dismay, discovered almost every train in either direction was delayed due to overhead wire problems. 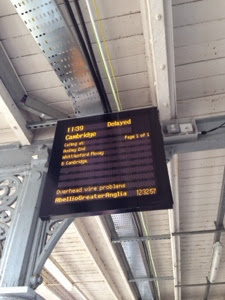 We weren't the only ones sitting around waiting, and by the time a train finally arrived to head north, there was quite a crowd ready to board. What should have been maybe a 50 minute trip turned into a three hour ordeal by the time we arrived. 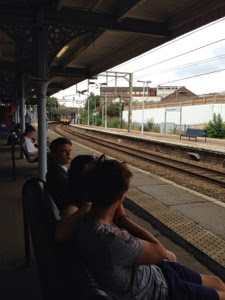 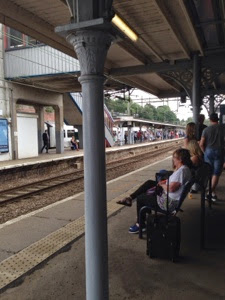 Malcolm picked us up from the train station and we headed into town and on to the university's campus. The university and the city are so intertwined, you can be walking down the street and stop in a clothing shop that is right next door to one of the school's colleges.

We decided to stop in a pub for a drink before lunch. They were having a cider festival, with seven different varieties on tap--music to my ears! 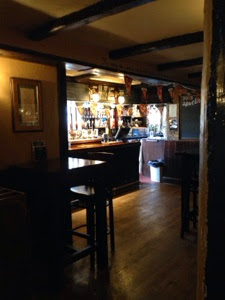 We stopped for lunch in a small French cafe--Rick had a hummus and veggie baguette sandwich and I ordered a veggie gratin. Both were delicious! 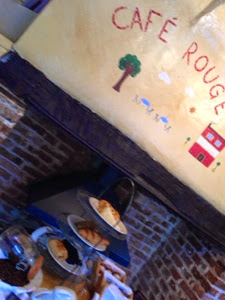 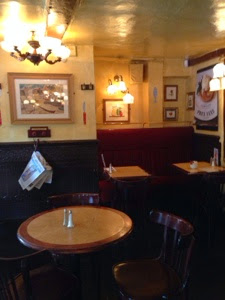 We spent some time wandering in the city center, taking in the sights and checking out the colleges (basically, like the houses in Harry Potter--every student belongs to one and all are a part of the university). 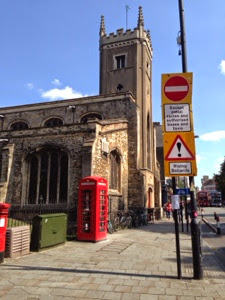 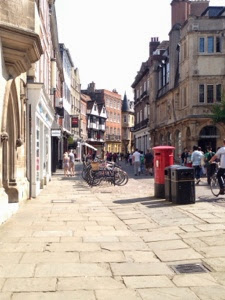 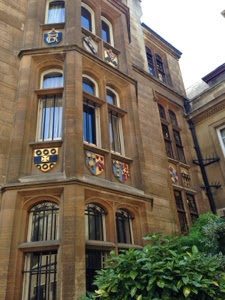 We made a quick stop at Marks & Spencer for some groceries, and then hopped back on the train to Roydon.  It was a quick afternoon, but we really enjoyed seeing some more of the local sights. The number of tourists and student groups was fascinating, but I suppose it is an inspiring destination.

While on our walk back to the boat, we came across some swans. They swam right over to us, assuming we had food for them. Rick started to make a new friend, but then they got a little hissy with us after realizing there was no food to be had :) 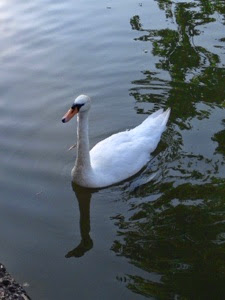 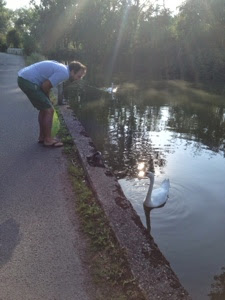 We spent the evening relaxing on the front of the boat, enjoying the last light of the day. I think has become a favorite pastime of ours, as the marina is so peaceful at dusk. The water is calm and the lights on the boats create a beautiful atmosphere while the ducks swim around. 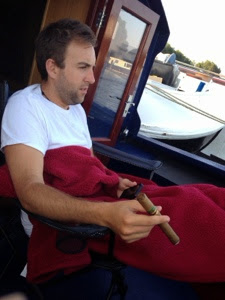 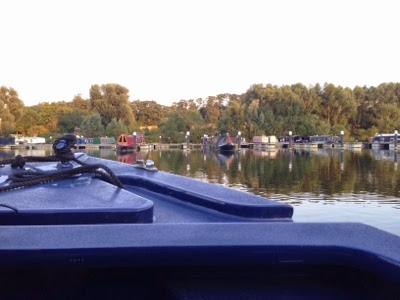 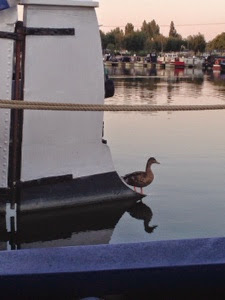 Another enjoyable day! With such minimal vacation left, it is nice to take time to savor life in the summer!