Based on some feedback from the R in E&R, I decided to split up these posts. Don't want to overwhelm anyone with too much content! Hopefully this makes things easier to read, and more manageable :)

We took the bus up to the Mississippi Ave, and the Mississippi/Williams district for lunch. There are a number of food carts here as well, and one of our must-hit food spots was located among them. 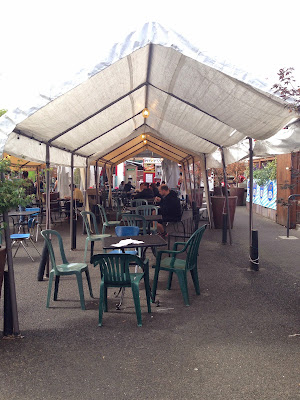 I have been following Homegrown Smoker on Instagram for a few months and their food fascinates me. There is something pretty amazing about barbecue, and it is hard to replicate in a vegan way. Well, they have great reviews and we had to give it a try. 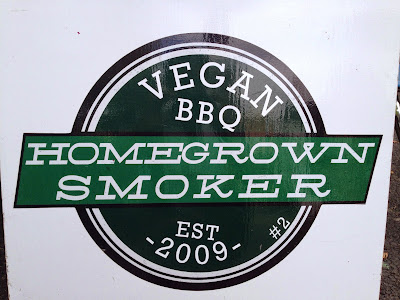 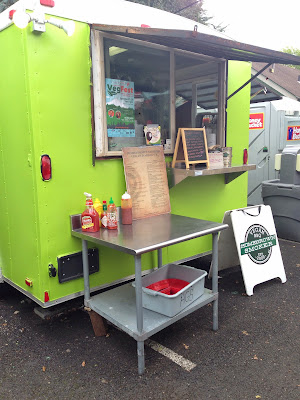 HGS does burritos and sandwiches, but I came with a plan--if I'm coming for barbecue, I want it to look and taste like barbecue. I ordered the combo platter, with tempeh ribs, smoked soy curls, mac no cheese, baked beans, and hush puppies.

The ribs had a crispy outer layer and the barbecue sauce was outstanding. The soy curls had an amazing smoky flavor, unlike anything I've ever tasted in a mock meat dish. Their mac no cheese is pretty nooch dependent, but I liked the flavor. I've been craving baked beans, and these were a good balance of tangy and sweet. Rick didn't care for the hush puppies, but I thought they were pretty good when dipped in the sauce.

Rick opted for the Macnocheeto Burrito, which had elements from the combo plate, but added grilled peppers and onions. 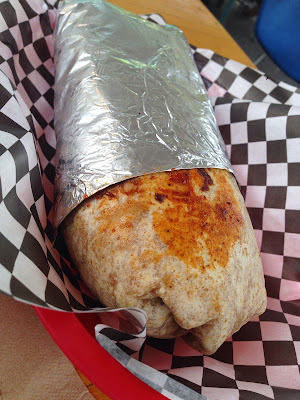 Clearly, we should have just gotten that combo plate to split! Portions are way larger (and much cheaper!) in Portland than in LA. The only solution for burrito leftovers? Aluminum foil and a purse. 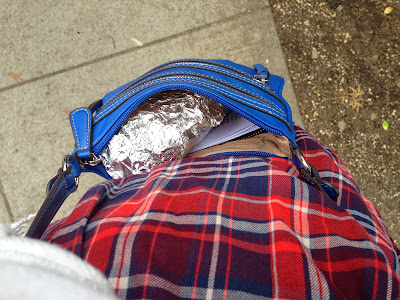 Here and there we would google information about Portlandia, and I discovered that the Stu's Stews sketch was filmed in this lot across from the food carts. 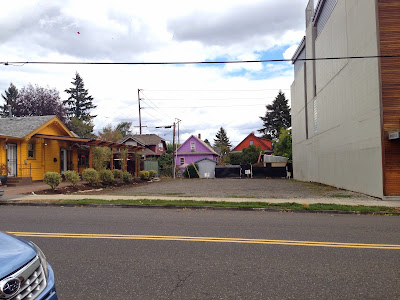 We walked down Mississippi Ave, checking out the shops and the sights. I got a kick out of this door with many knobs :) 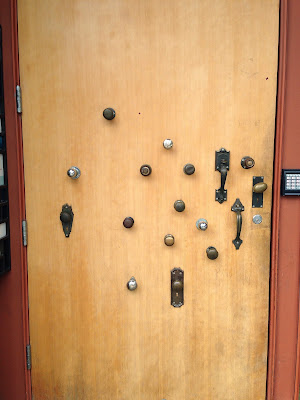 We stopped for a beer at Stormbreaker Brewing. They offer beer and whiskey pairings, which was right up Rick's alley. He had a Double Snap, and I tried their stout. 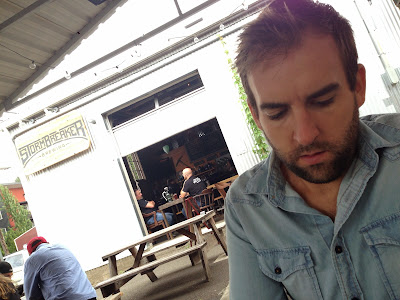 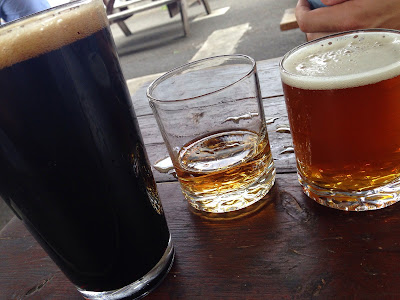 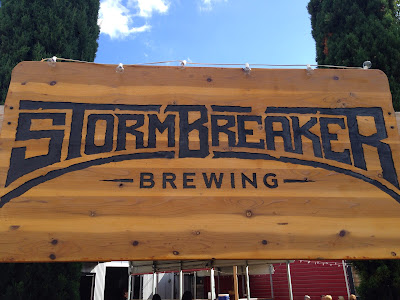 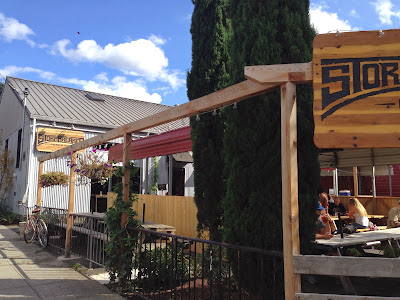 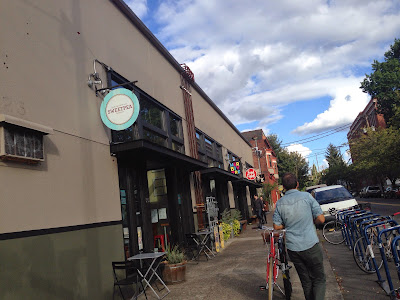 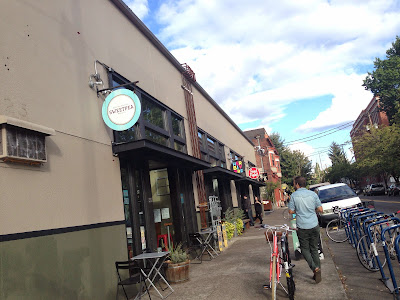 We stopped in to Herbivore, since I have had my eye on a tank from them. No luck in the store, so we stopped over to Sweet Pea to rest our feet, get some water, and enjoy a bagel with cream cheese. 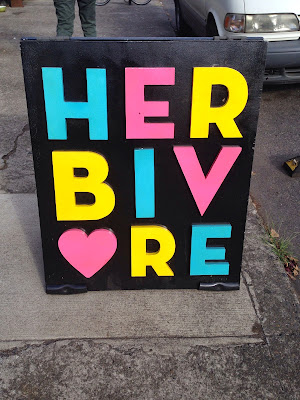 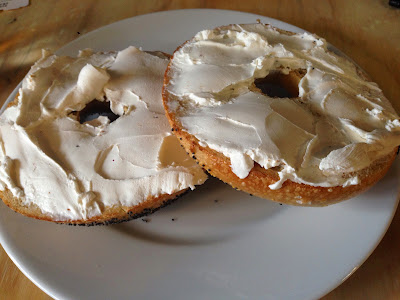 We hopped back on the bus and headed back to the Hilton to relax for a bit. We finished our burrito leftovers for a dinnertime snack, and then went out to grab a beer. After wandering the Pearl District for a while, we decided on Rogue, since we weren't really hungry at all. 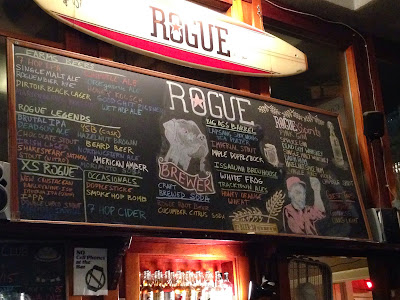 We tried a few things, including their home brewed root beer and seasonal pumpkin ale. 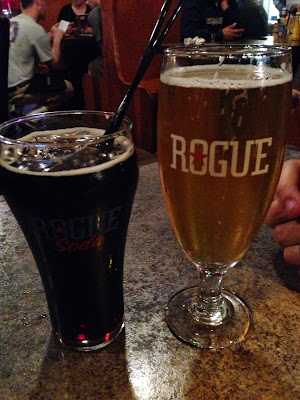 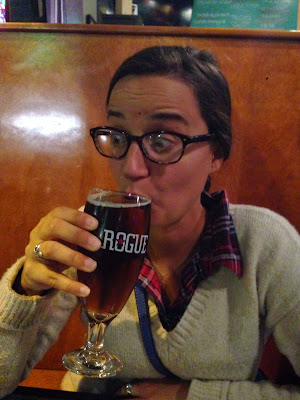 In all, a busy but great day in Portland! We saw many different parts of the city, ate delicious food, and tried a few new beers. Saturday should be another fun day, too!
--E&R