In the same area as the Space Needle and Chihuly Garden and Glass, there is a large and colorful building with very modern architecture. Rick and I were curious to see what is was and who designed it. We were both strongly reminded of Disney Concert Hall in LA. 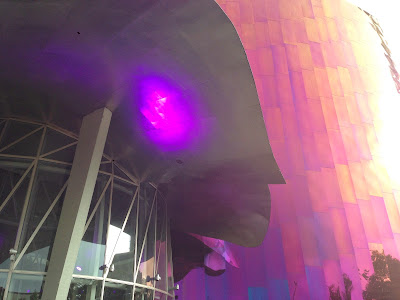 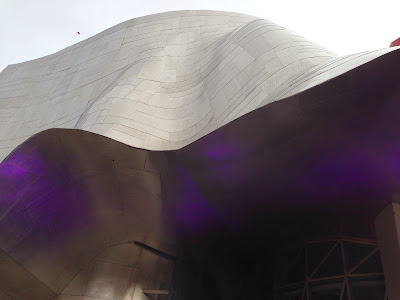 Turns out, our suspicions were right on--the building was designed by Frank Gehry, the same architect who did the concert hall! It is home to the EMP Museum, which celebrates music, science fiction, and pop culture. We walked inside to see what was currently on exhibition, but decided not to do through. It was lucky we stopped, however, as it started pouring rain as soon as we got inside.

After the rain let up, we hemmed and hawed and finally decided to head up to the U (University) District near the University of Washington. After a number of attempts at getting on a bus, our public transit skills failed us. We were so ready to just get moving that we opted to take a town car with a flat rate up to the campus. When we got dropped off, we happened upon the locals farmers market. So much fun to see what was in season in a different zone! 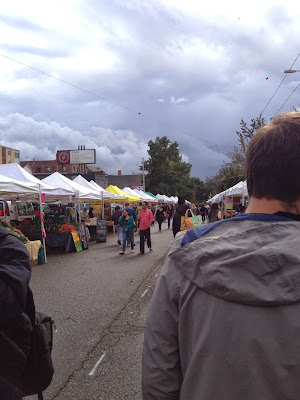 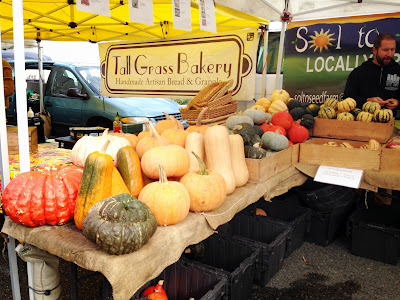 For lunch, we stopped at an all you can eat Thai buffet Araya's Place. All of its options were vegan, and it was clear it is regularly frequented by lots of locals. While walking in the area, we noticed tons of vegan spots--a diner, a pizza place, even a vegan grocery store. 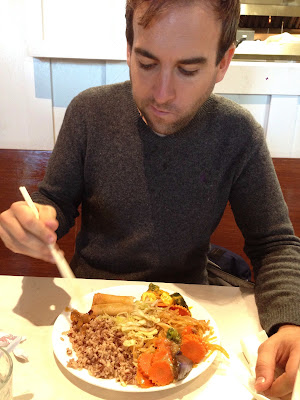 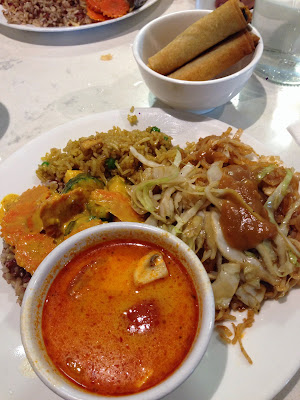 After lunch, I wanted to check out the University of Washington bookstore. We shopped a bit along the way, and ended up on the campus. It is beautiful--lots of old trees and big buildings. Rick said it reminded him of an east coast college. I couldn't get over how big it was! 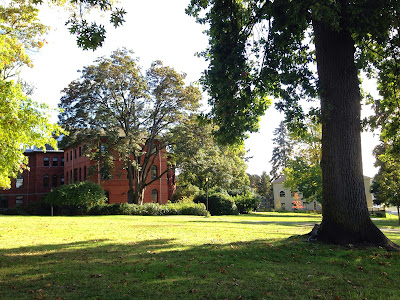 I checked to see how close the Kappa house was to where we were--only a few blocks away! Rick was a good sport and walked over with me. The Beta Pi house is gorgeous--big and historic, with ivy along the front. We didn't go inside, but it was fun to see! 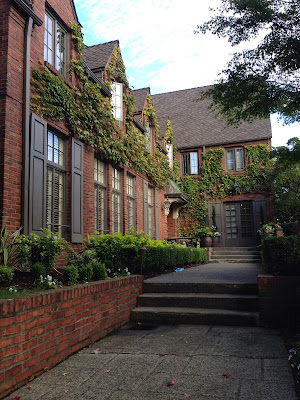 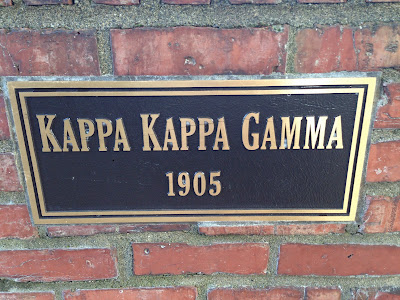 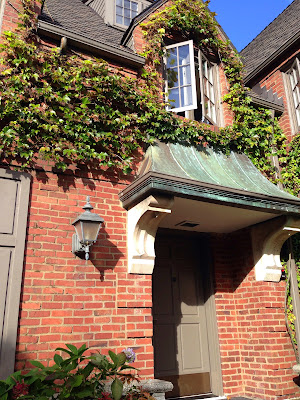 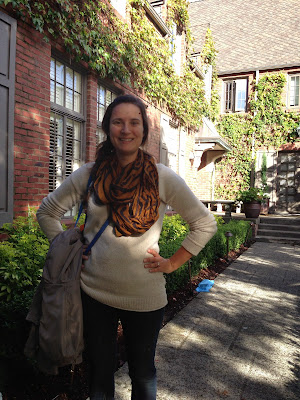 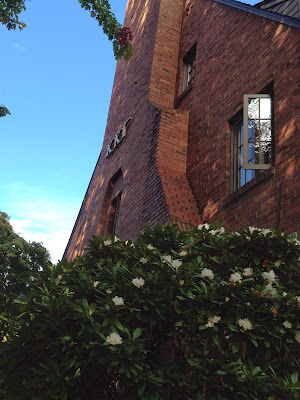 After our stop at Kappa, we decided to check out Big Time Brewery, the original craft brewpub in Seattle. The UW/Cal football game was on, and it was fun to relax with the local crowd and watch the game. 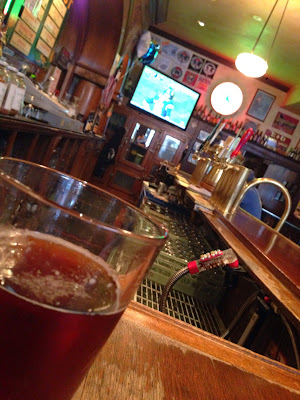 Across the street from Big Time was Samurai Noodle--and you know Rick. Any excuse to have veggie ramen is a good one! 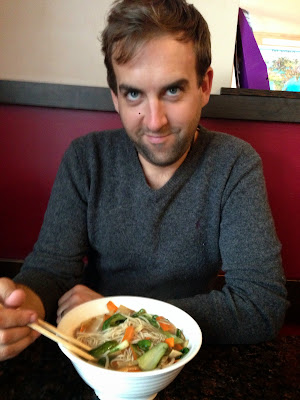 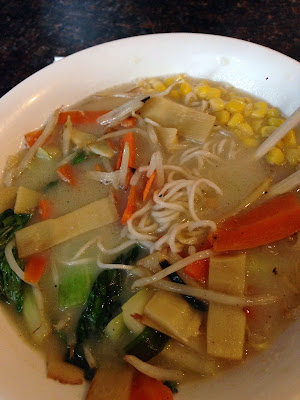 The Cardinals were playing that afternoon, but we were stuffed, and tired from so much walking. We hopped on the bus, and headed back to our hotel to watch the game. We laid around for a while, and finally decided to get a late night snack after the game was over.

We walked down the street to The 5-Point Cafe, which is open 24 hours. We had settled in with our drinks (cider for me and beer for Rick) when an intoxicated fellow wandered up, trying to order a burger. The bouncer at the diner asked him to leave, and we had a very amusing 10 minutes or so while he tried to figure why he was being kicked out.

We ordered a "No Huevos" Rancheros--tofu, black beans, corn, soyrizo, guac, and ranchero sauce on top of crispy tortilla strips. Delicious! And, ever the sucker for hash browns, I had to get a side of those, too. 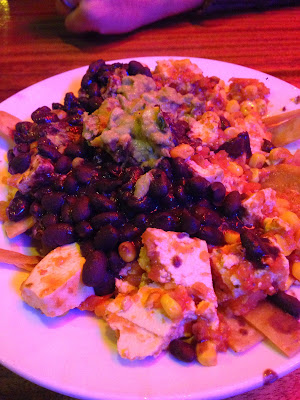 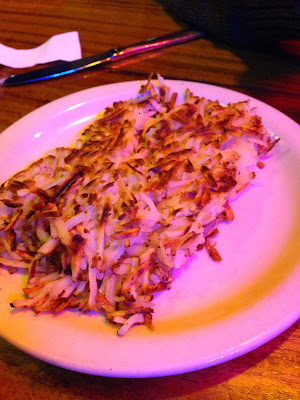 It was fun to hang out, plan our final day in the city, and just enjoy good company!

On Sunday morning, we woke up fairly early and decided to grab breakfast at Whole Foods. Fittingly, the store was only about 3 blocks from our hotel. We enjoyed seeing what they had to offer, and opted for a breakfast of baguette, Heidi Ho cheese (which we discovered in Portland), and apple. 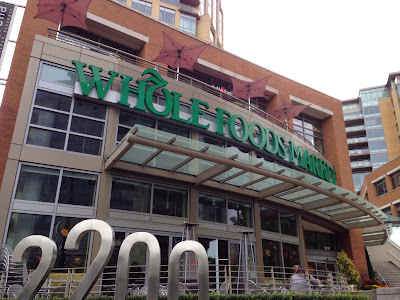 It was a great start to our morning! More of our Sunday adventures to come :)
--E&R
5-point cafe adeventure all you can eat araya's place big time EMP museum market samurai noodle seattle seattle weekend travel U district University of Washington whole foods