BarclAysia Days 18 and 19: Leaving on a jet plane

On Monday morning, we decided to take advantage of some of the Conrad's perks. We enjoyed a delicious breakfast spread, with fresh juice, fruit, granola, toast, salad, and coffee. After breakfast, we rented an ocean kayak, and headed out in the water around the hotel. We decided to skip snorkeling, but swam a bit before heading up to our room. 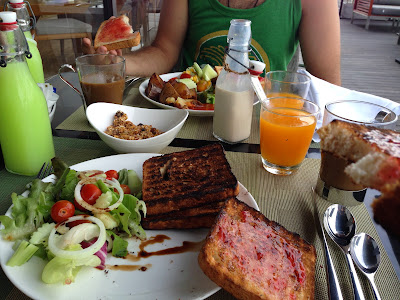 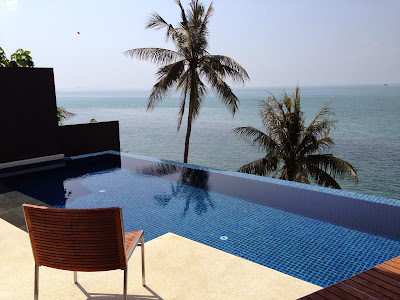 We enjoyed the pool a bit more, showered, and packed our bags. At check out, there were glasses of lemongrass lemonade waiting for us, along with one last view of the property. 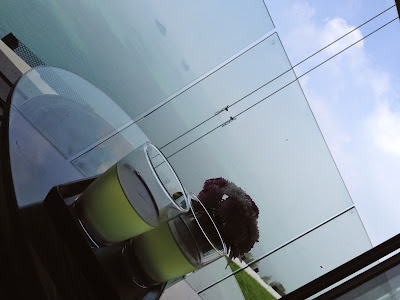 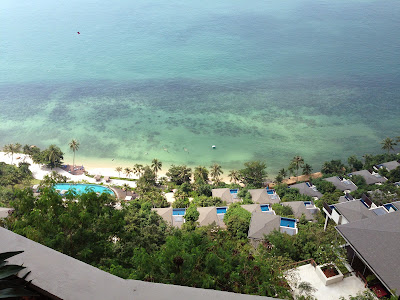 The hotel offers a complimentary shuttle to the main tourist area of Koh Samui, Chewang. There was a bus at 1pm and one at 6pm--we decided to get on the 1 o'clock bus to head to the town, which was near the Koh Samui airport. Though we needed to get to Chewang eventually, we should have just taken the 6pm bus....

When we arrived in Chewang, we were near a large mall which was supposedly near a beach. Well, we never really found our way to the beach, nor could we find free internet to figure out what on earth we wanted to do for approximately 5 hours before our flight. In retrospect, it would have been much more fun (and relaxing) to hang out in our room until the later bus. Instead, we wandered up and down the same street probably 5 or 6 times until we settled on an Indian restaurant for some food. 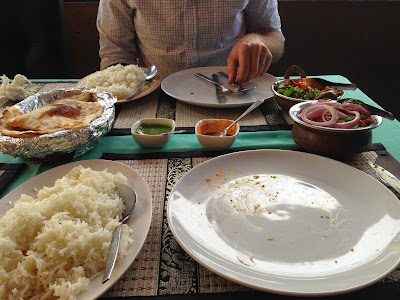 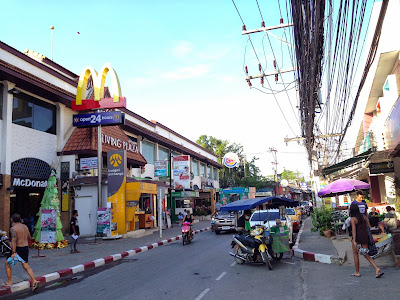 To waste some of our time, we decided to get another massage before heading to the airport. Might as well make it a round 10 for the massage count! 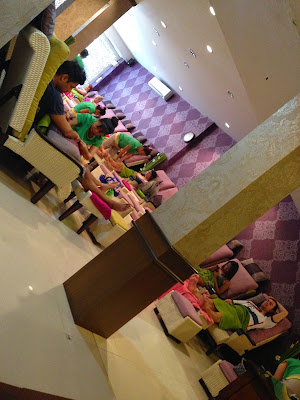 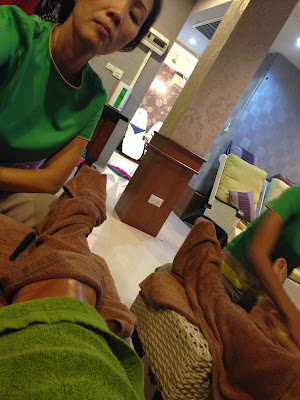 At some point, we were just ready to go. Being back in an extreme tourist zone was fairly shocking after the quiet of the Conrad, so in true Barclay fashion, we walked to the airport. 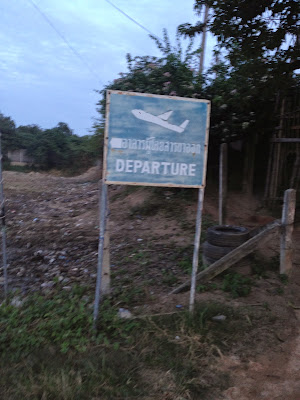 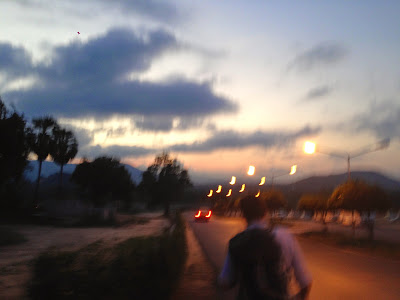 The airport in Koh Samui is unlike any I have ever seen--it is all open air, and feels more like an outdoor mall than an airport. We were there super early, so we sat and read outside of security for a while. 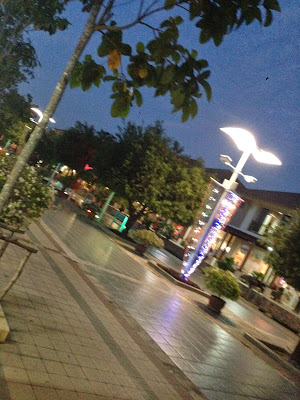 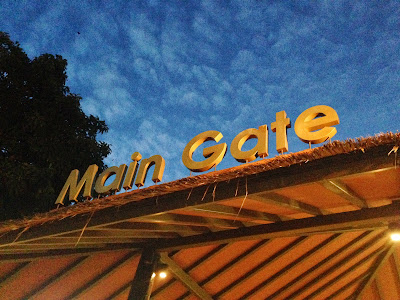 Once we passed through security, we realized we had been missing out! Bangkok Airways offers free internet, snacks, and drinks to all passengers as they wait for their planes. We should have been hanging out here for that extra hour! Oh well--it was fitting with the theme of the day. Hindsight is always 20/20 :) 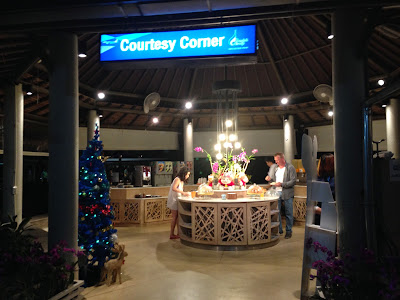 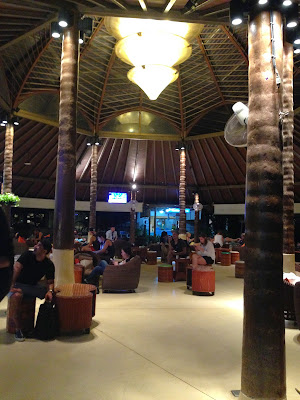 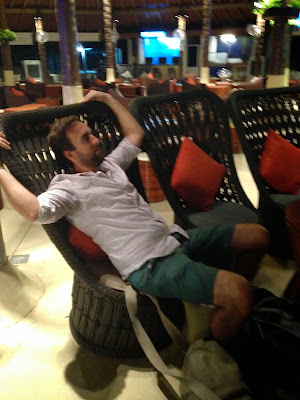 We boarded the plane from the tarmac and found ourselves near the rear of the plane. The plane was fairly empty, and I was glad the skies were clear for the flight, unlike the forecasts we had been seeing earlier in the week. 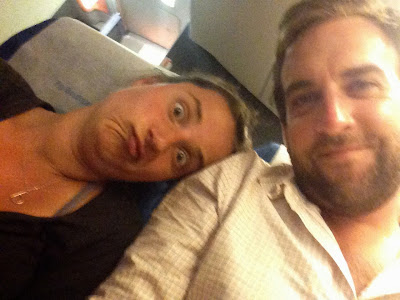 We were fed almost immediately after takeoff--it is still strange to me to be served food on a one hour flight, since we don't do that anymore in the US! 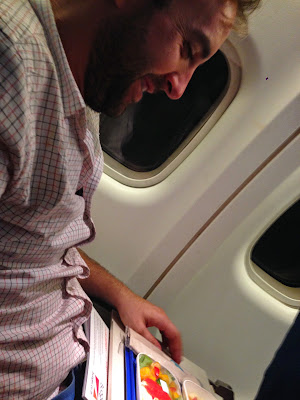 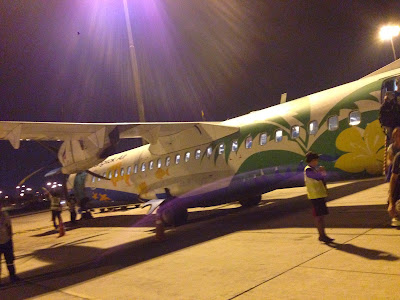 We arrived at Suvarnabhumi, Bangkok's main international airport, around 10pm. We were spending the night in the airport, since Rick's flight left so early in the morning it was silly to get a hotel room. We headed down to the basement level and found some benches to lay out on and grabbed some sleep.

We woke up around 4am and headed upstairs to the check in counter. When we had initially booked our departure flights, we were not able to get award travel seats on the same flights. Rick was scheduled to leave around 8:30am, and my flight was not until 1am the following evening. We had assumed I would be able to spend the day in the business class lounges in the airport, but when we got to the check in counter, the agents informed us that they couldn't even check me in or give me a boarding pass until 9pm that night. UGH.

Instead of waiting around, we decided I would try to get on the same flights as Rick, on standby. It was really weird to say goodbye to him as he headed off through security, not knowing when I would see him again exactly.

I sat by the standby counter and read through my leadTODAY curriculum and one of my novels to pass the time. At about 65 minutes before Rick's flight was scheduled to leave, I headed back up to the counter. The agents were waiting to help me, and at some point there were 5 of them huddled around the computer trying to solve some problem--turns out they were all concerned because I had a vegan meal request and they wouldn't be able to accommodate me in time.....! I told them that was the least of my concerns, and before I knew it, I had a boarding pass in hand and was off to the gate. 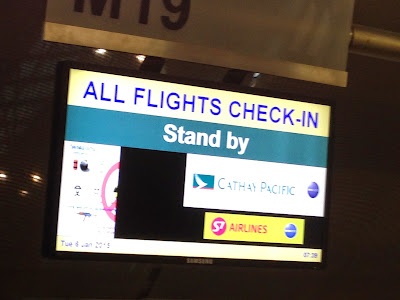 I had to run through the terminal, because just as I excited immigration a final boarding call announcement came over the PA system. I made it with time to spare, and was so excited to see Rick. We weren't sitting next to each other, but it felt nice to just be on the same plane as him! 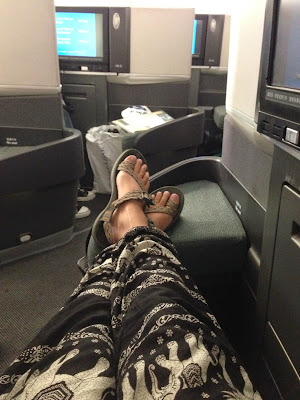 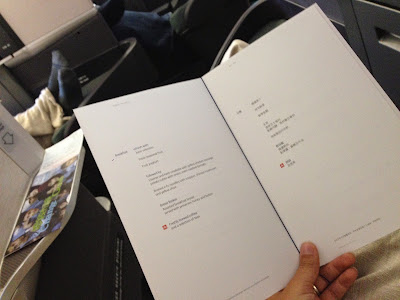 We arrived in Hong Kong around noon. I had spoken with the flight attendant about what to do for standby when I got there, and despite our best efforts, I was not able to get on Rick's second flight. I ended up having to immigrate into Hong Kong, in order to be able to talk with the standby agents there. Luckily, there was a space for me on a flight leaving just 3 hours after Rick's plane had departed. I ended up reading and using the free wifi to FaceTime audio with my mom and check emails to pass the time. The only struggle now was how to get a hold of Rick when I landed in LA since his phone was dead! 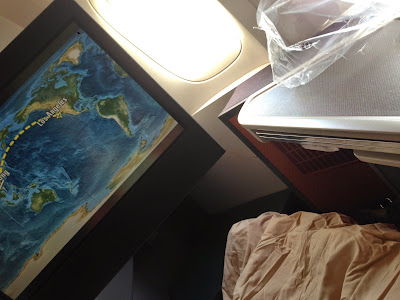 The second flight went by quickly--it was funny to think that I had left Bangkok and departed Hong Kong all before I was originally scheduled to leave BKK in the first place!

Rick and Rigby picked me up at the airport, and before I knew it I was home--a day early! Thank you to the standby gods for the good luck on these travels!