July 15, 2015
(posted by Emily)
13 July 2015
Casperia, Italy
Rome, Italy,
Florence, Italy
On Monday, we took a fairly laid back approach to our day. With no tickets pre-booked, our departure from Casperia was not really time sensitive. We had breakfast, and chatted with the Danish couple who were also staying in the village for a bit. Then, it was down to Vigna one last time for a quick beer and goodbye--more like see you later :) 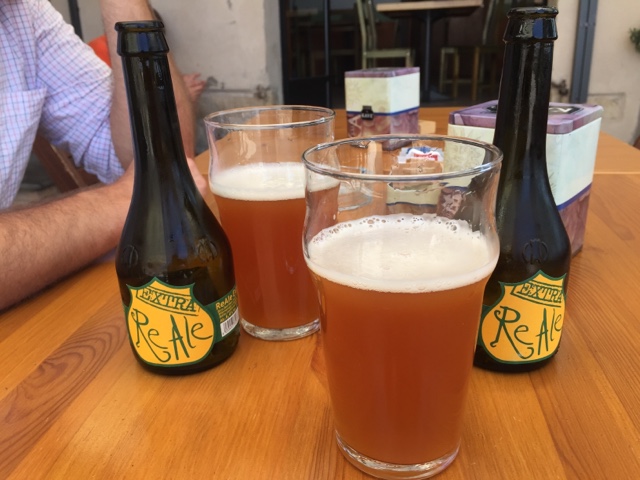 We took the local train in to Rome (and may have been scammed by the conductor selling us tickets on the train? It seemed too expensive), and then bought Italo Rail tickets to Florence--probably would have saved some money buying those in advance, but oh well! 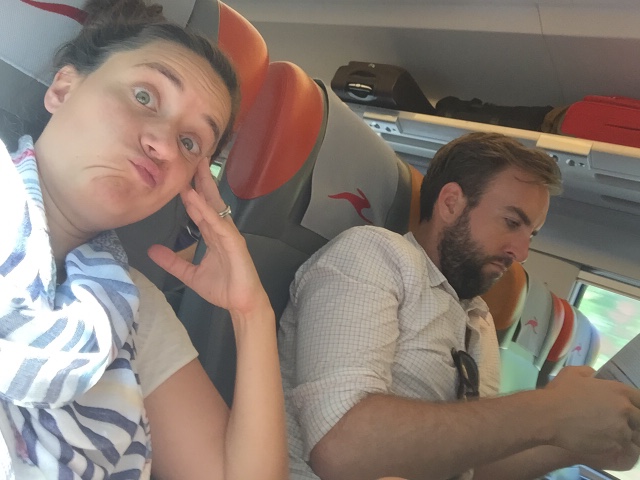 We arrived in Florence around 16:30, but couldn't meet up with our Airbnb host until 19:30, so we wandered a bit to find where the flat would be, and then found a local bar with an aperitif and buffet special--7 Euro for your cocktail and food, and they had wifi, so we sat for a while and snacked to pass the time. 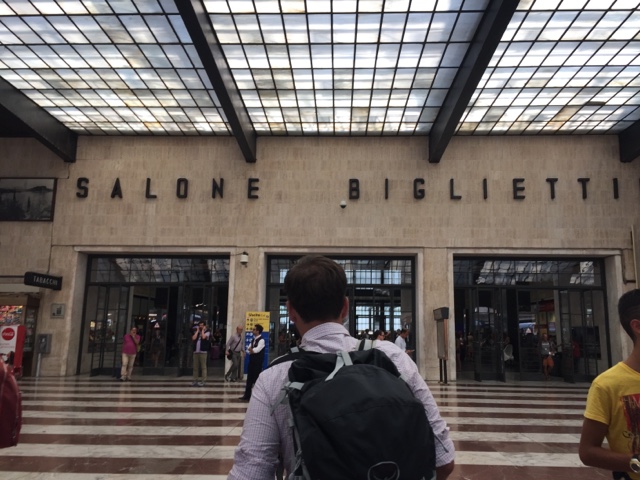 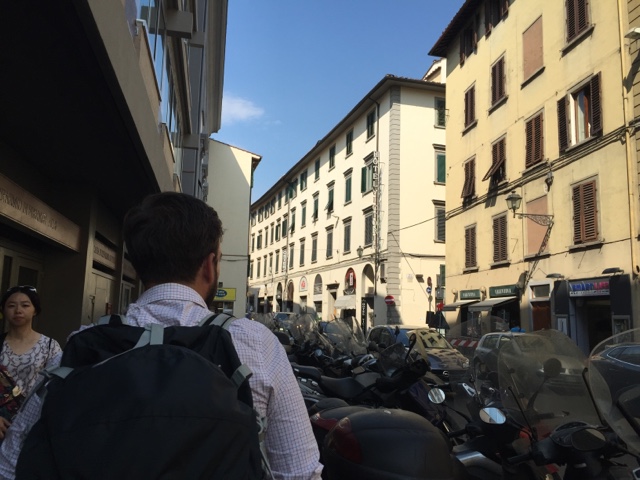 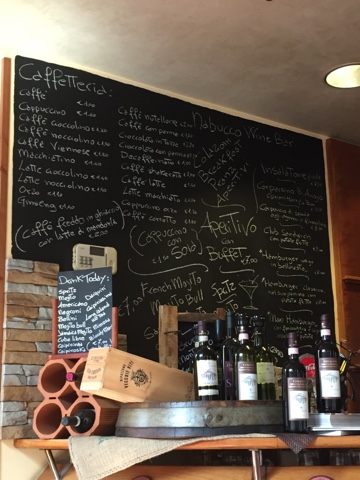 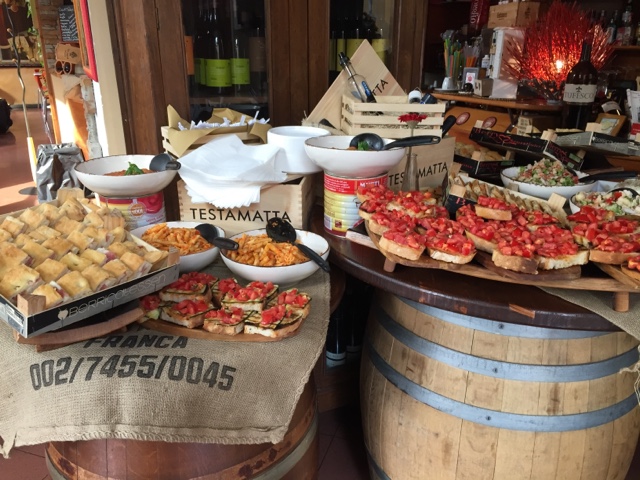 Once we met up with Barbara, she let us in to her little flat, and we took advantage of one of the best amenitites we've come across--the washing machine :) 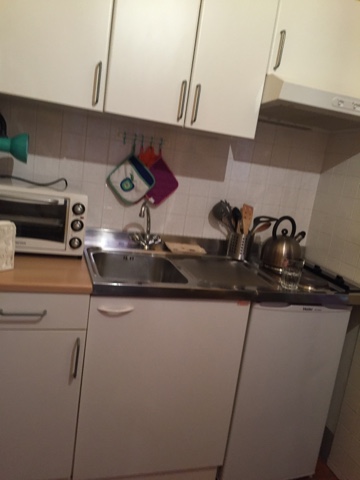 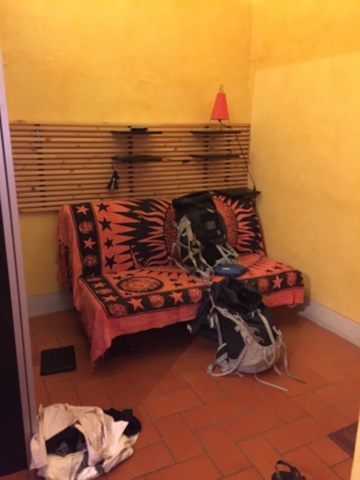 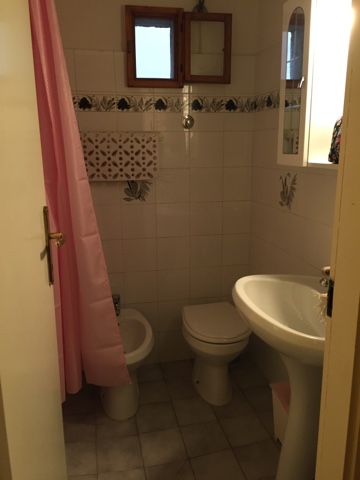 Once we got our clothes on the line to dry, it was off to explore the city. 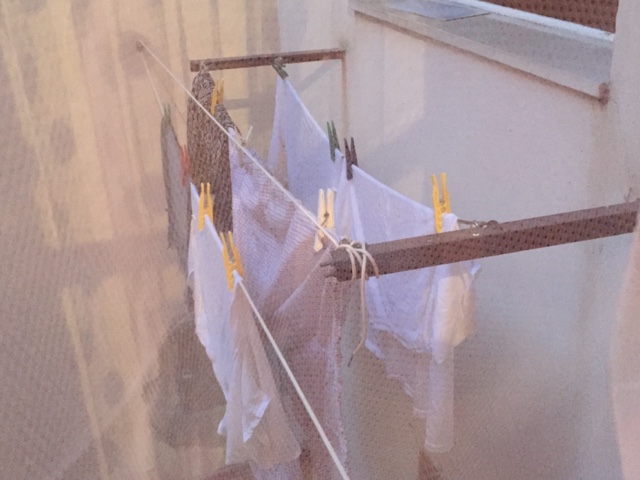 Florence is extremely clean by Italian standards, and has a very mid-century feel because of all the neon signs everywhere. I got a kick out of this one :) 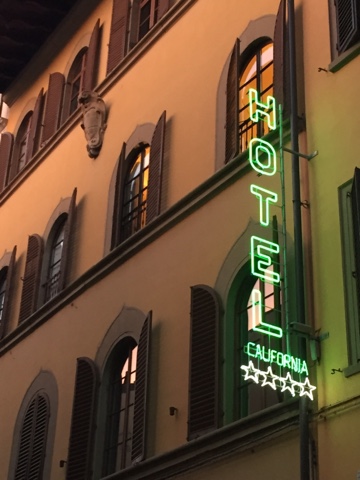 Just a few blocks from the flat is the Duomo, the famous cathedral in Florence, made from pink, white, and green marble, The view from the dome is supposed to be fantastic. It was a bit later in the evening by this point, and the golden evening light washing over everything was really beautiful.
ProTip #3: Should have done our Rick Steves' Renaissance walking tour at this time of day, on our first night--much cooler, and would have helped aclimate us to what we were seeing. 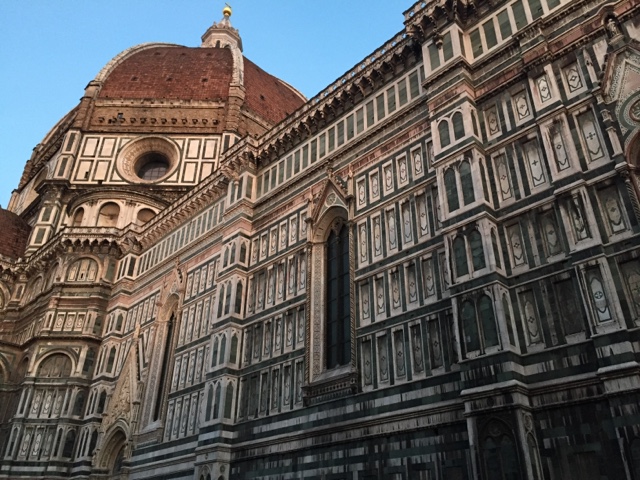 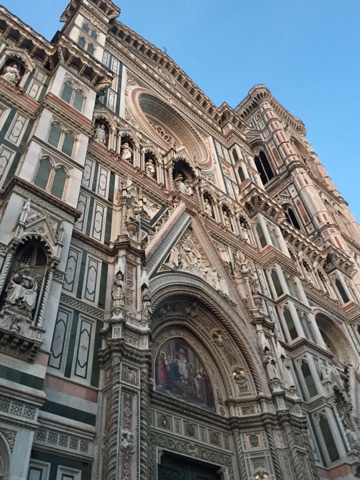 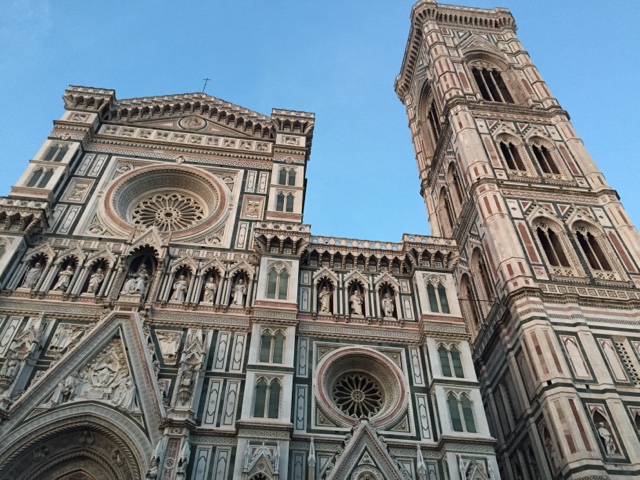 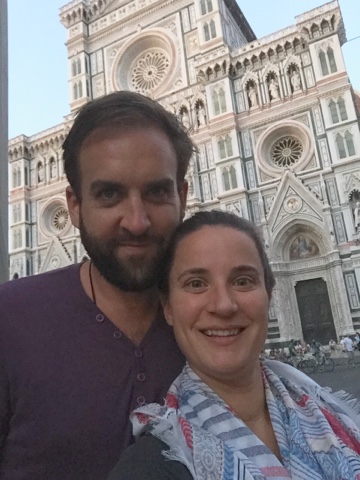 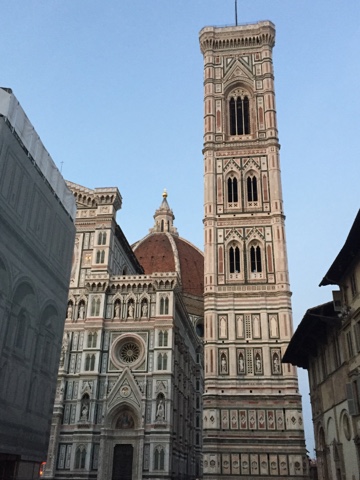 We continued walking, past the grand arch and into the piazza where the Palazzo Vecchio is located. 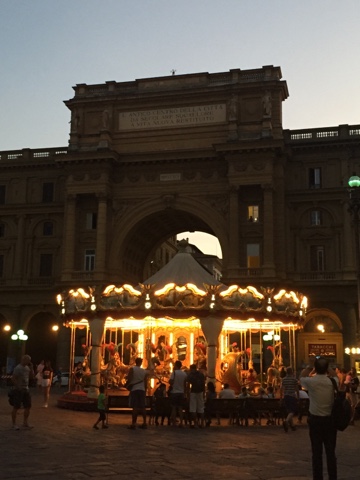 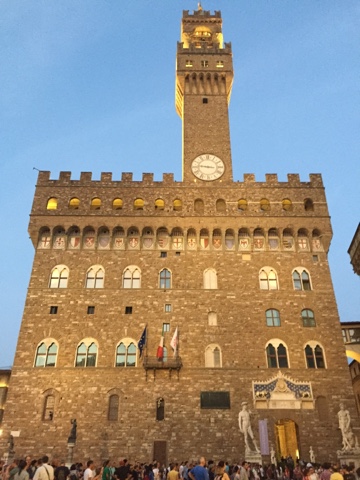 This was the first of many free concerts we would stumble across in the city, in the sculpture loggia just outside the Uffizi. 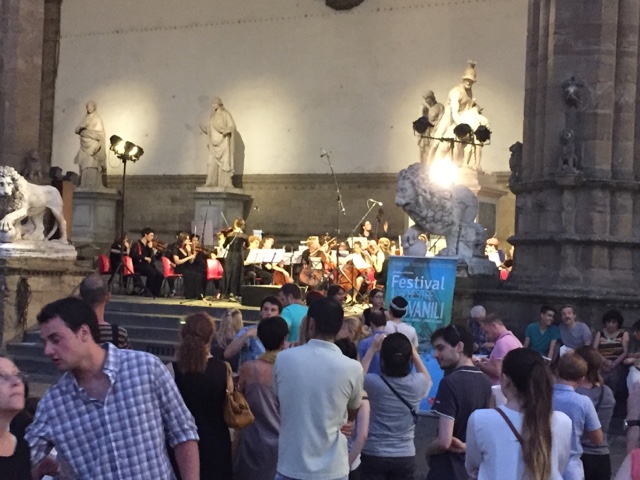 We walked along the Arno, to the Ponte Vecchio, and across the bridge. All of the shops were closed now, but I could still spy fleur de lis everywhere :) 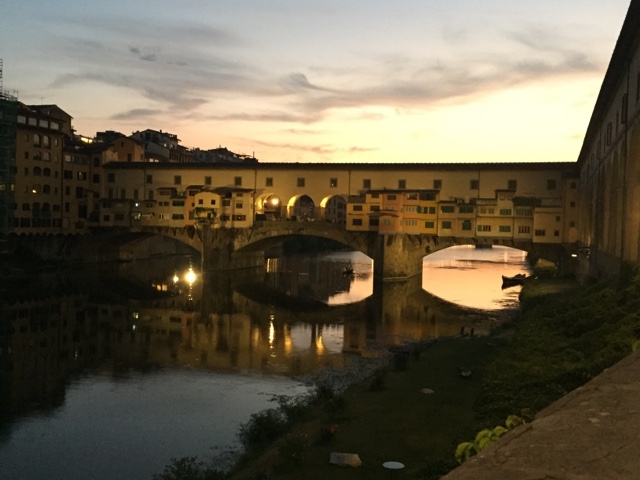 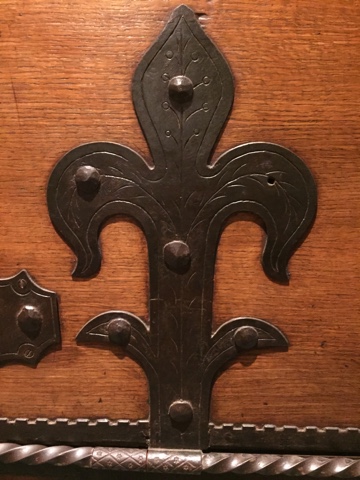 We wandered over to the Piazza Santo Spirito which is supposed to be one of the more "hip" and cheaper areas, but decided not to stop for drinks or food there. Instead, we crossed back over the river and wandered through the high-end shopping district, which looked like a set from a movie all lit up at night. 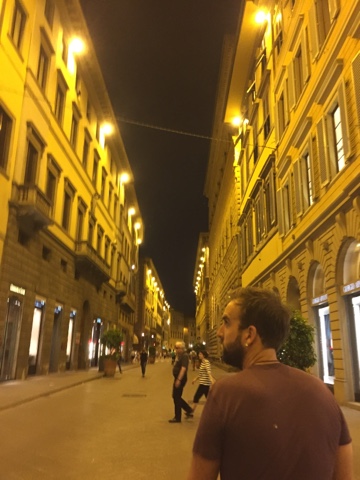 We were on the hunt for gelato and stumbled upon an Eataly store--yep, the same one the have in NYC and Chicago. We wouldn't have thought you would need one in actual Italy! They did have Nastro (an Italian beer) on sale though, so  we picked up two, found some gelato near San Lorenzo chuch, and headed back to the apartment. A simple evening as we got acquainted with this new city!
Gelato Flavor Inventory
- dark chocolate x3
- pistachio
- ricotta and pear
- caffe
- tiramisu
- chocolate
- vanilla
- mango
- frutti di bosco (mixed berry)
--E&R
adventure duomo EuroAdventure EuroAdventure15 firenze florence gelato Italy train travel