This morning we were up early--like, way early. I think Rick woke up around 4am and doodled around on the iPad until I woke up around 7. We ate some leftover bread and the pickles from Sissi Cafe, and ventured out to grab a cup of coffee before our shuttle bus would arrive. The early morning light in the city center was beautiful. 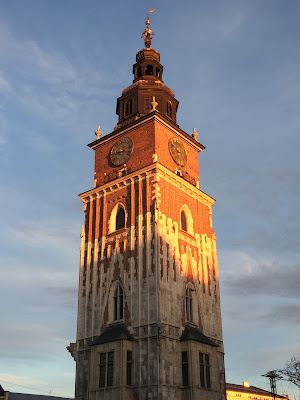 We found a cafe that was open and stopped for lattes and a slice of quiche. 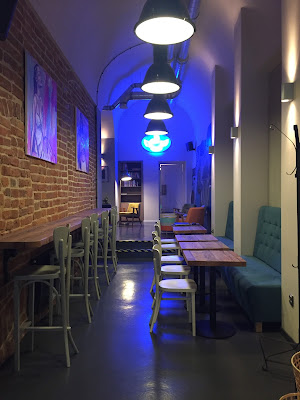 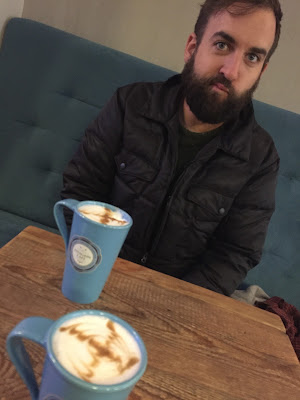 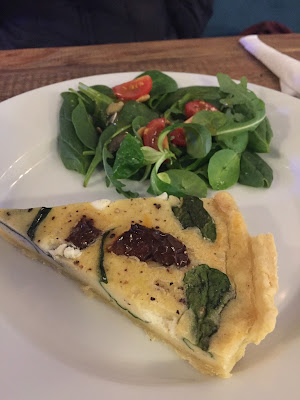 Around 9am, a mini van picked us up for our tour to Auschwitz and the Wieliczka Salt Mine. We transferred to a larger van, and were shown a documentary en route to the camp. I got a bit car sick (the coffee's doing, I think), but we eventually arrived at the Auschwitz I.

There are three complexes that make up what we know as Auschwitz-Birkenau--Auschwitz I, the original camp which was built for Polish prisoners of war; Auschwitz II, the combined extermination and concentration camp; and Auschwitz III-Monowitz, which no longer exists but provided labor to industrial companies in the area.

I took many, many more photos on my camera, but here are a few to share. The tour was fascinating and chilling--the sheer magnitude of everything that happened here took my breath away at times. Our tour guide put it best--even with survivor accounts and knowledge of what happened here, we can never fully imagine what it must have been like to be in these places, where so many were martyred. 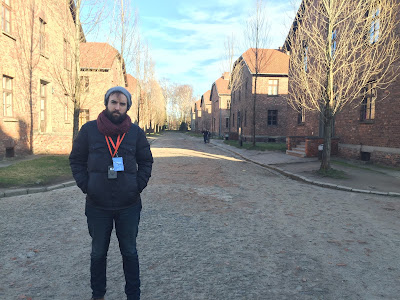 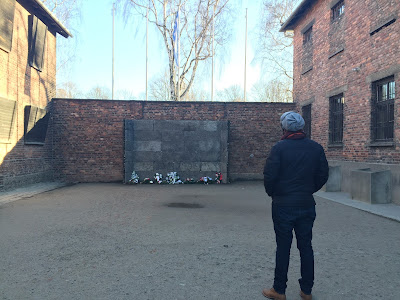 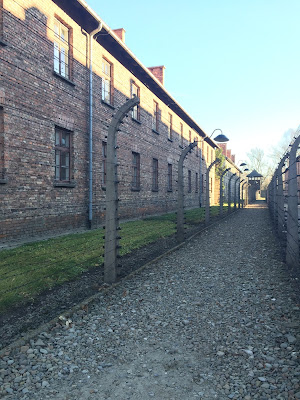 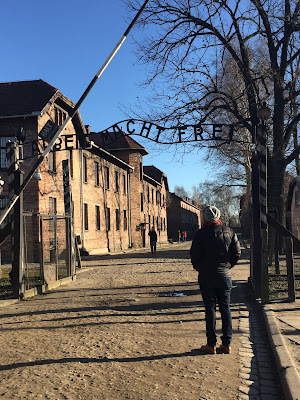 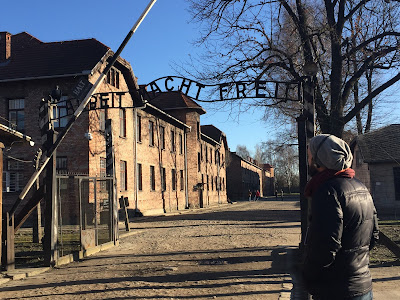 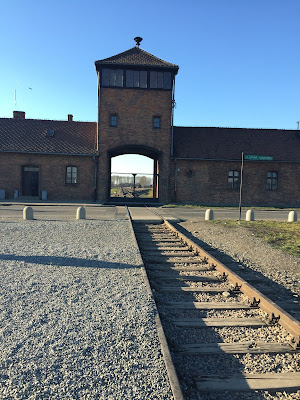 In all, our tour was thoughtful and insightful. I appreciated having Rick with me, since he has studied WWII and the camps in detail--he was able to add information here and there and we enjoyed the tour. It sounds almost strange to say, but we were looking forward to the tour and the opportunity to see the camps in person. Birkenau itself is staggering--acres upon acres where barracks once stood. At one point, we just took a few moments to take it all in. Our guide also made great connections to other genocides around the world--Rawanda, Darfur, Bosnia, and even Syria and ISIS, all to drive home the point that we, as people of the world, have to take action so that nothing like this ever happens again.

After the Auschwitz tour, we had booked a tour of the local salt mine, Wieliczka. The largest in the world, and a UNESCO Heritage Site, the mine has been open for 700 years. Table salt is no longer mined from the rock there, but they still boil salt water from the mines to make salt. The mine is home to numerous chambers, 4 chapels, statues, underground lakes, and a restaurant. Rick commented that they could make their own little city down there and have everything they need! 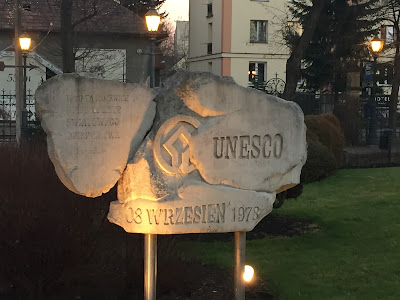 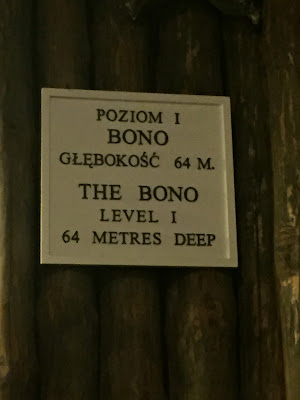 Photos were only allowed if you bought a photo pass (which we didn't), so that's all I have from the experience! It was fun to see all of the exhibits, and by the time it was all said and done, we were 135 meters (~443 feet) below ground.

By the time our tour finished up, we were exhausted. We had a bit of a drive back into the city, and luckily I convinced Rick to stop at the Christmas Market for one more glass of mulled wine and a bit more shopping. 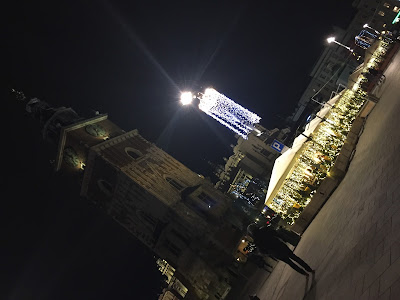 Then, a delicious dinner at Pod Norenami

Finally, we are back at the hotel and ready for bed. Someone is zonked out next to me :) Off to Helsinki tomorrow! 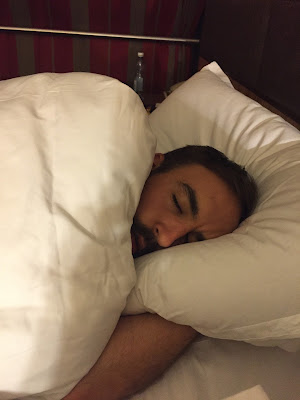