Hello from Poland! We are off on our latest adventure, exploring more of Europe during our winter break. It's been a long day, but a great one. 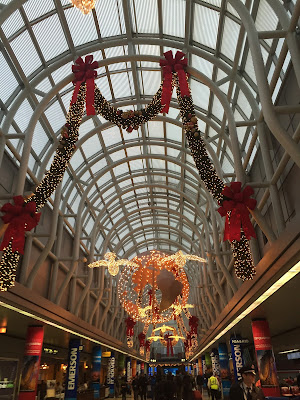 We were able to stop in Chicago for a few days to see family and friends, so our flight to Krakow (via Berlin) left from O'Hare. We booked flights on American, but ended up flying on AirBerlin. Off-peak fares on American only cost 20,000 points one way, which is a steal (and reason enough to sign up for an American credit card)! Somehow, we lucked out and ended up with the extra legroom economy seats--we weren't in the same row, but someone was really excited to be in the exit row. 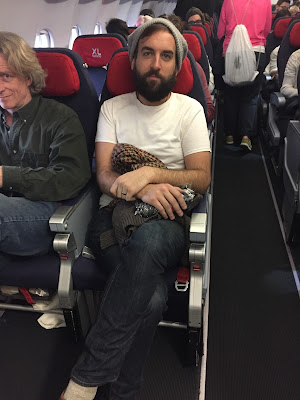 Neither of us got much sleep on the first flight--we landed in Berlin around 6am local time. When the border control agent saw my passport, he asked me, "Are you the owner of a Barclaycard?" and I informed him, yes, yes I am :) He couldn't believe it.

We weren't able to get to a lounge in Berlin Tegel, but the Marche cafe in the terminal had great veggie and vegan options, clearly marked. We opted for a cheese sandwich and hot chocolate, and even stopped in the Duty Free for some Mozart balls (a must when in Germany or Austria!). 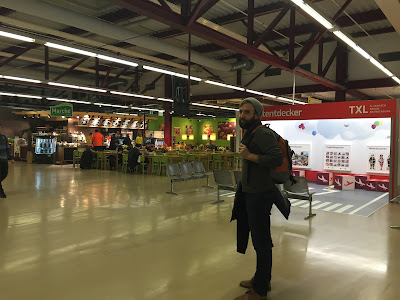 The flight to Krakow was about an hour--I was zonked out the whole time sleeping, but Rick said the in-flight snacks were great. Once we arrived in Krakow, we popped on the [very new] train into the city center. From there we walked to the Radisson Blu, where we will be for 2 nights.

The nights we've booked at Radisson properties are the tail end of the buy one night with points, get one free perk Club Carlson used to offer. Sad to see that promo end--it has made all the difference for our European travels! Our first night was only 38,000 points!

Tomorrow we have a tour booked to Auschwitz, so our focus for the day was to explore the city a bit and enjoy the Christmas market. One or two years ago, I had told Rick I thought the Christmas markets would make for a great winter break trip--and now here we are! We ate a snack and did a little Christmas shopping. Other than a small snafu with sauerkraut soup (which had sausage), we loved everything we tried! 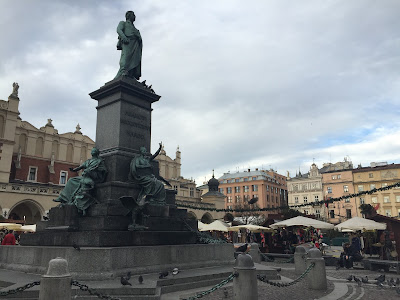 After the market, we walked around a bit and stopped for lunch as Sissi Cafe. Somehow I ended up with only one food photo, but our dishes were great--lentil salad with goat cheese, grapes, and radicchio; [open faced] cheese sandwich with fig jam; pasta with olive oil, capers, and olives; fresh bread and pickles.

During lunch, it finally hit us that we were exhausted. We decided to take siesta time a bit early, and woke up refreshed and ready to go back out for the evening. The Christmas market is beautiful at night, and we stopped for some mulled wine and another sandwich. We wandered a bit more, into the historic Jewish district. It was fascinating to see all of the old buildings and read about their history. We also passed the Church of St. Peter and St. Paul, which is huge and imposing at night. 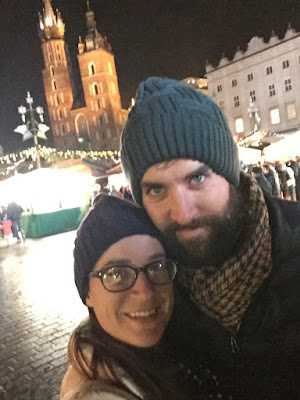 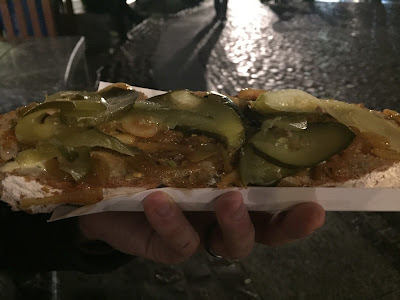 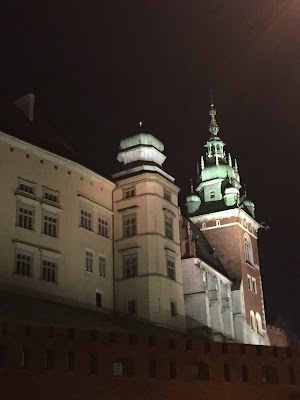 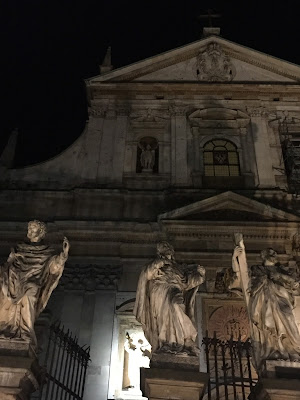 Since we are exhausted, it will be an early(ish) night for us. Relaxing at the hotel for now, looking forward to a good night's sleep!
--E&R
adventure christmas market EuroChristmas europe food krakow Poland travel