This is a fun little project I've been waiting to share. My good friend Angela is having a baby boy in March, and I wanted to put together a fun, homemade gift for her baby shower. I started in on these bad boys in January, but had to wait to gift them before I shared on the blog--didn't want to spoil the surprise! 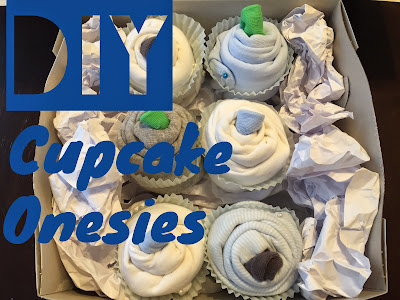 I started by picking up materials--fabric from Joann's (about an eighth of a yard of each color I wanted) and onesies and socks from WalMart in a variety of sizes.

I chose boy-friendly designs, and started by figuring out which onesie would get which fabric applique. A very special helper was determined to participate in the process:


I printed each of the designs, to serve as pattern pieces and visuals for each applique, and laid those on top of the onesies along with the fabrics I had picked for the design. 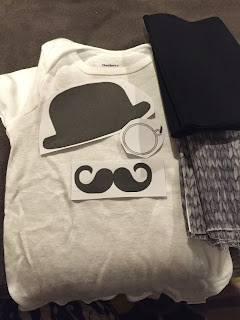 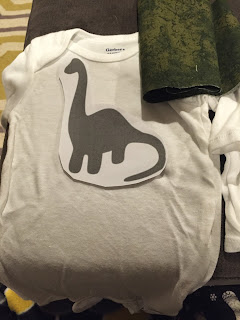 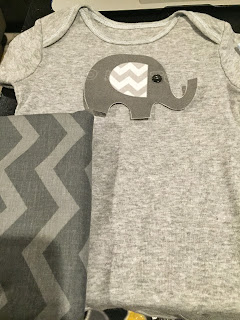 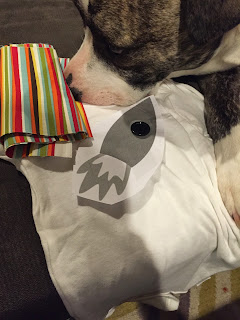 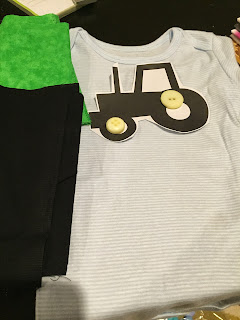 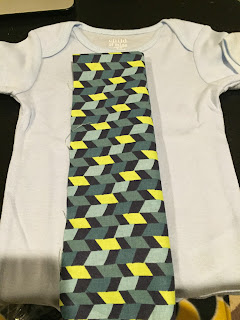 I am clearly biased, but I think the final products turned out great! Super cute :) We ended up with a tie, dino, elephant, rocket ship, tractor (for Iowa!), and mustachioed monocle man. 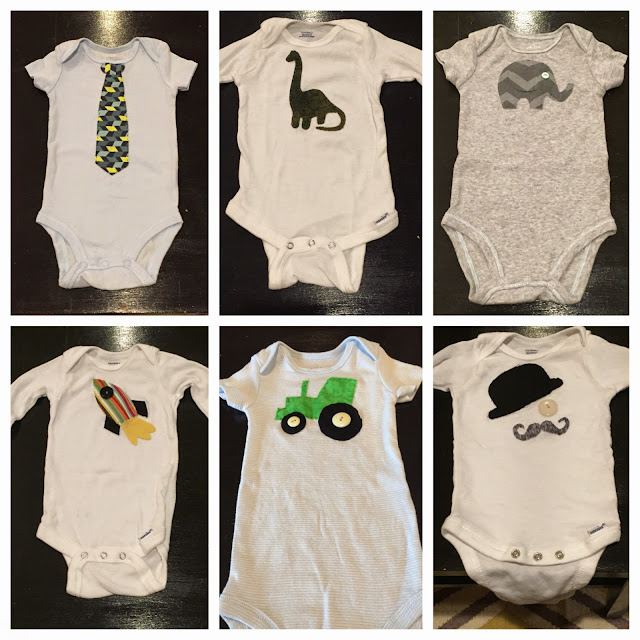 With some help from Pinterest (search "cupcake onesies diy"), I was able to pull together some tips for how to assemble the onesies into cupcakes. Since I had half a dozen cupcakes to make, a traditional cupcake box (which has four slots) wouldn't work. So, I popped in to the local donut shop for a box, which the owner was kind enough to give me for free! Unfortunately, all donut boxes in LA seem to be pink--and that just wouldn't do for Baby E! One quick coat of paint later, problem solved :) 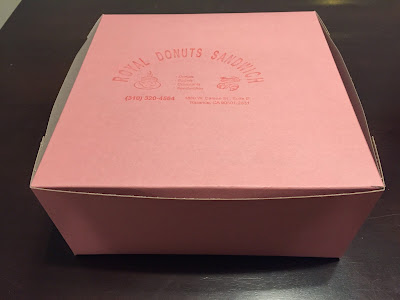 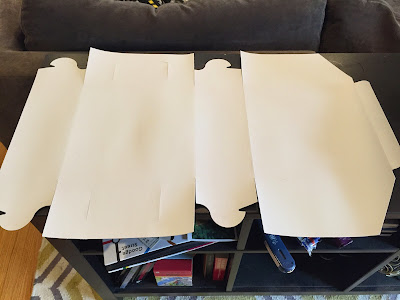 To assemble the cupcakes, you will need a onesie, a baby sock (or 2), and a straight pin. 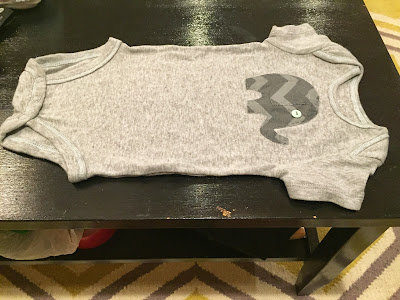 First, fold in the arms and then fold the onesie in half lengthwise. 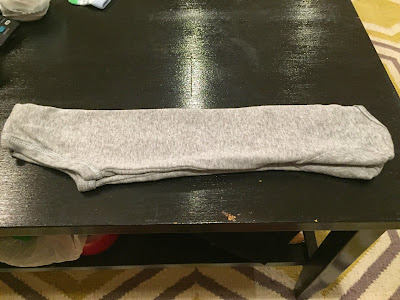 Fold in half again, lengthwise. 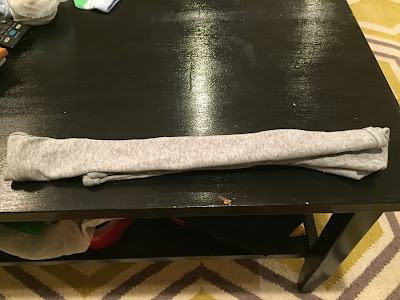 Put the sock on top of the onesie, with the toe sticking up. 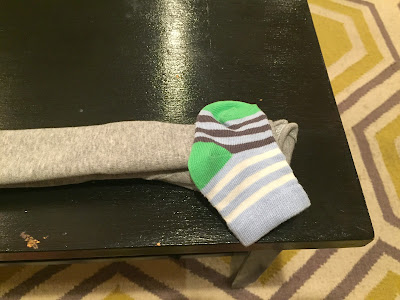 Roll! Don't worry if the edges don't line up exactly--this gives the cupcakes some character! It may take one or two attempts before you feel like you've gotten the shape you want. 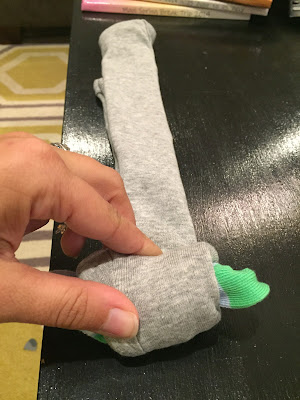 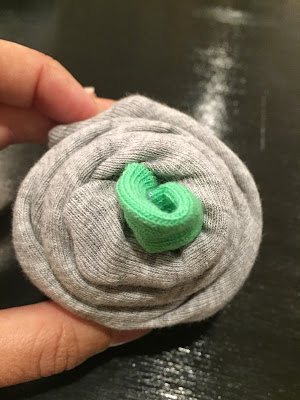 Use a straight pin to secure the edge. 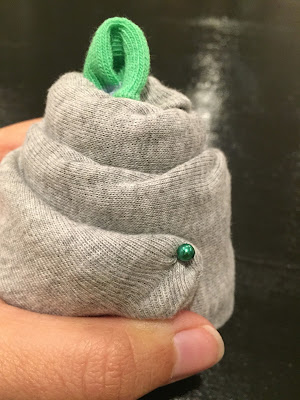 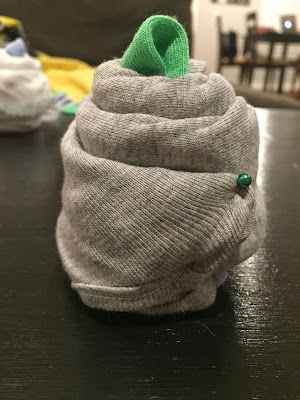 Now for the cupcake liner, just for fun! 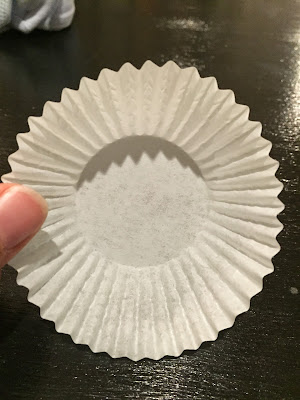 Cut off the edge of the liner. 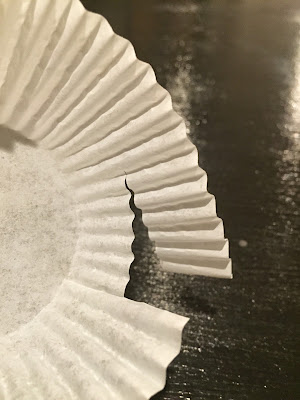 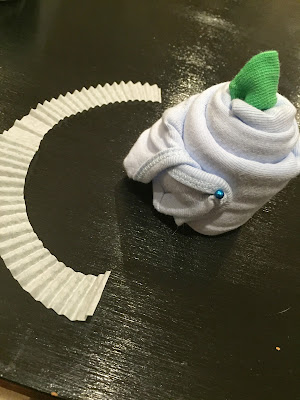 Wrap around your cupcake and secure with tape. 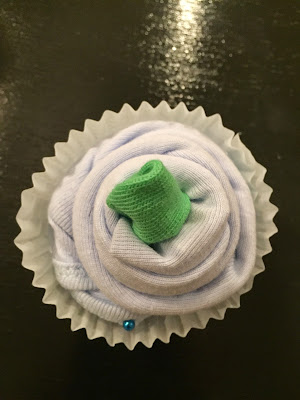 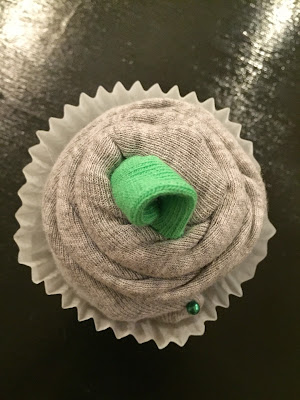 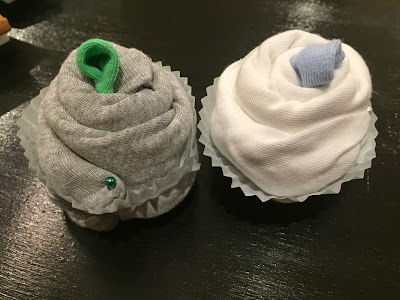 I packed mine into the donut box with some crumpled paper to hold everything in place. 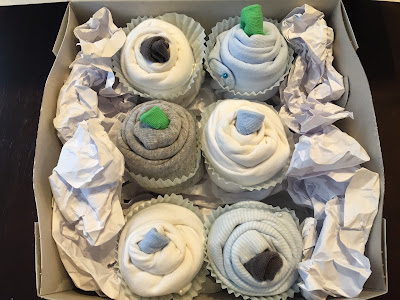 Voila! Add a bow and gift! 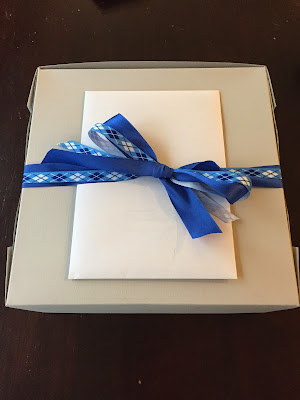 Congrats to Ang and Jamie, and thank you so much for inviting me to be a part of your celebration! Can't wait to meet Baby E!
--E&R