On Christmas morning, we woke up around 9 to take care of some business before breakfast. I had a chance to FaceTime audio with both my mom and dad, so that was a nice treat! We headed down to the business center, to print out our boarding passes for our flights to and from Cambodia.

We got on the "fun boat" to head over to Ethos for breakfast. It was fun to see the route in the daytime, and the boat was less crowded. 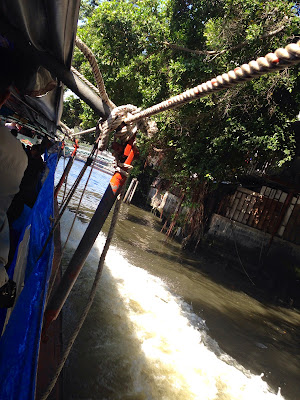 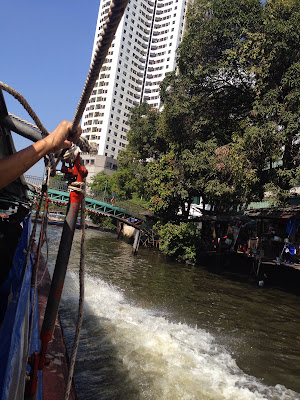 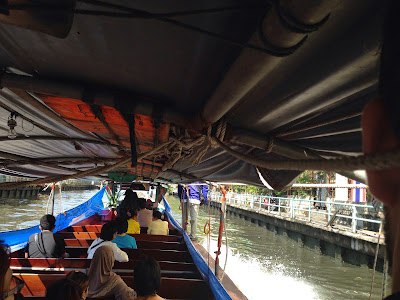 At Ethos, we had had our eye on the vegan pancakes from day one. Christmas was the perfect occasion to order them and treat ourselves! I got apple cinnamon and Rick had blueberry. Some pineapple juice and another chocolate coconut shake rounded things off! 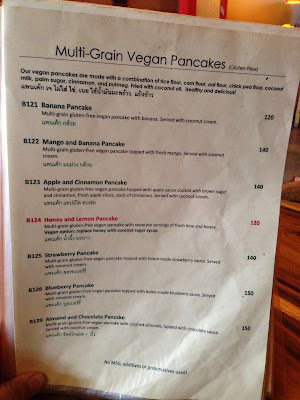 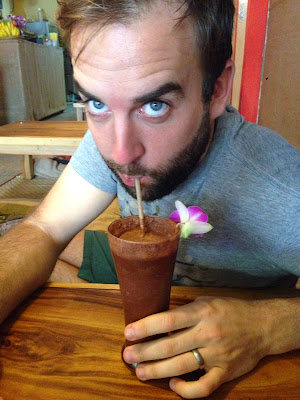 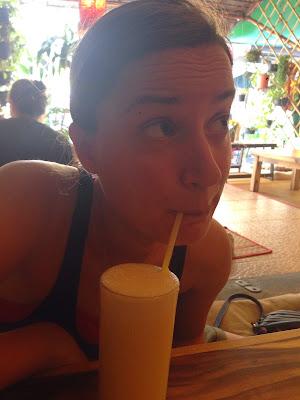 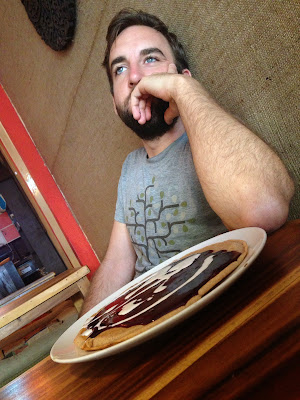 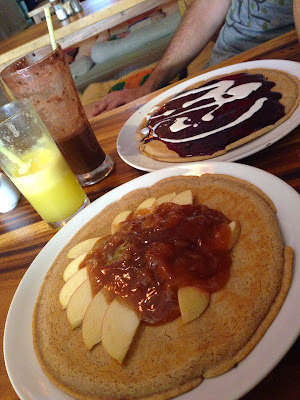 After breakfast, it was off for another #treatyoself moment (any Parks and Rec fans out there?) at Shewa--foot massages! 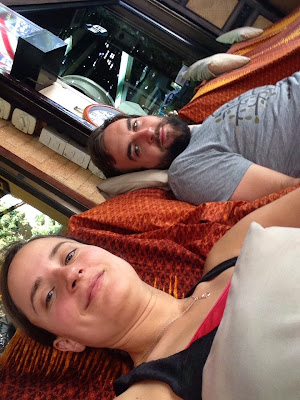 We wandered the clothing stalls for a bit, stopped in a pharmacy (so cheap!), and decided to get some pad Thai from a street vendor. A little lizard kept us company while we ate, too! 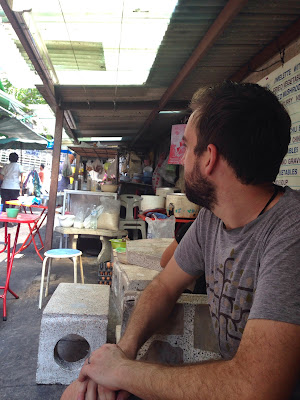 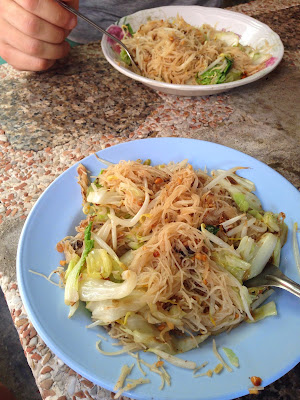 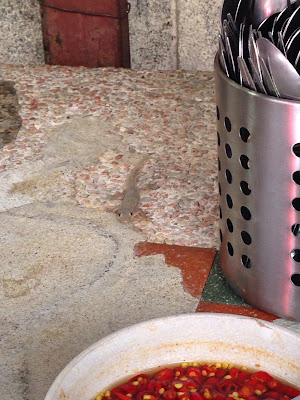 We stopped in one of the bars to grab a beer--it was really hot that day in Bangkok, 91* though it felt like 97*. Beer was a great choice :) The cheesy Christmas music was a nice added touch as well! 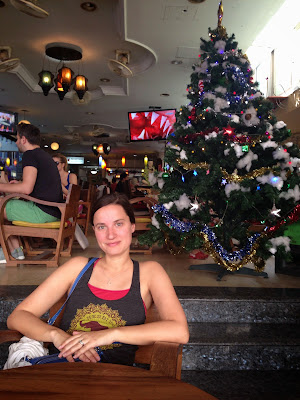 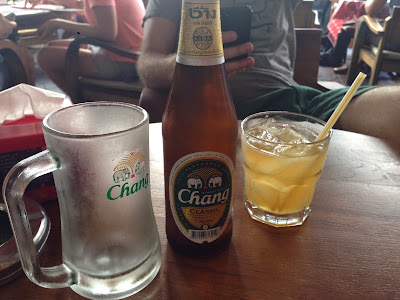 When we were at Shewa earlier, Rick had noticed he could get a straight razor shave there. We said, why not?! He'd been wanting to take his beard off before the trip but ran out of time. Let someone else do the work! 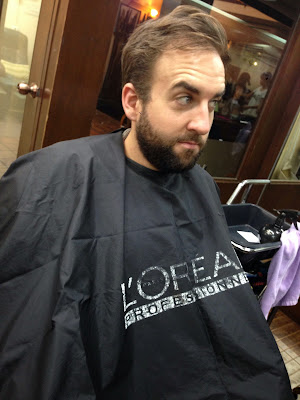 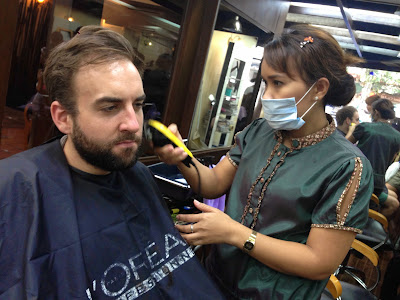 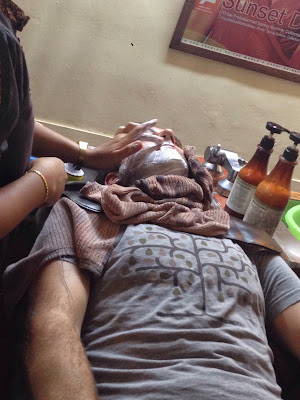 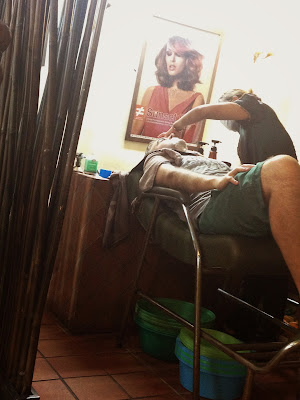 After his shave, it was mid-afternoon and the hotel pool sounded like a great choice. We got back on the fun boat, and headed back to the hotel. 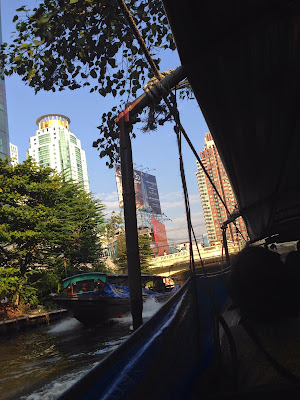 Perfect weather for a dip! 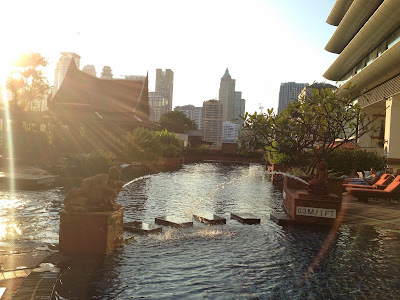 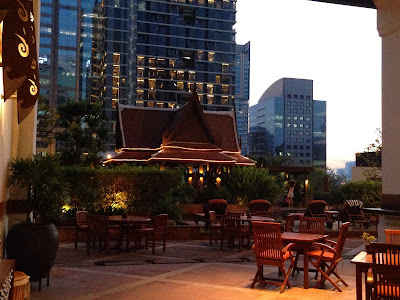 After the pool, we decided to see what was further south of our hotel. In fact, the American embassy was on the same street as our hotel! We saw the ambassador's residence, the embassy, some sort of joint US/Thai school, and and office that took care of jobs for Americans. The hotel was in the embassy district, and we saw embassies of Australia, Singapore, Malaysia, Germany, and Switzerland, among others. 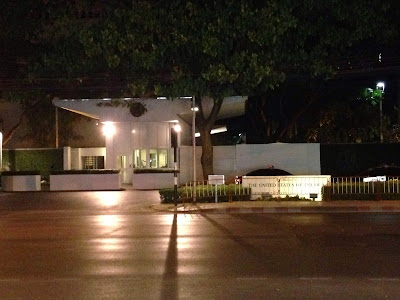 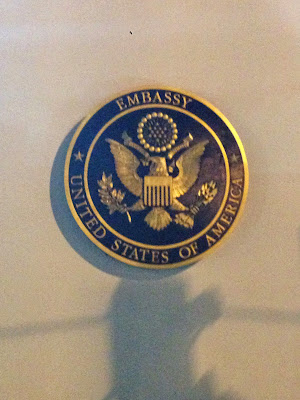 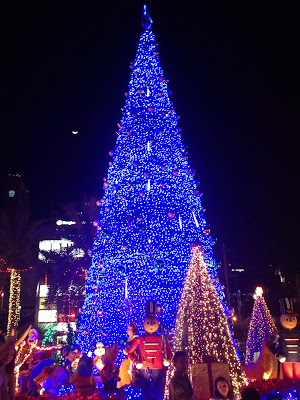 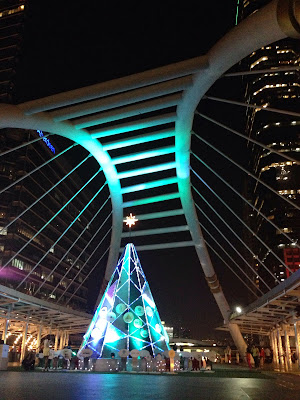 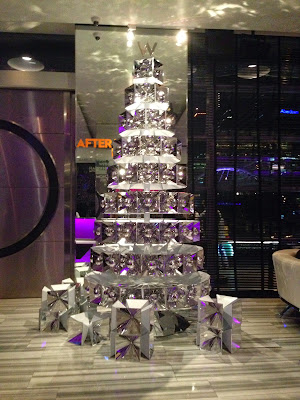 We had walked a pretty decent distance and were ready for dinner. We hopped on the sky train, in hopes of getting somewhere where it would be easy to get a taxi. Well, it was not easy. Anything we would flag down, taxi or tuk tuk, wanted to charge us 200 baht to head toward Khao San. Usually, it was 70 baht to our hotel from Khao San, just to give you some perspective. So, we said no, especially to taxi drivers who refused to run the meter. So we walked.

And walked. And, about an hour and a half later, we were finally where we wanted to be. Woof!

A long day, but a fun day :) hope you enjoyed your holiday as much as we did! 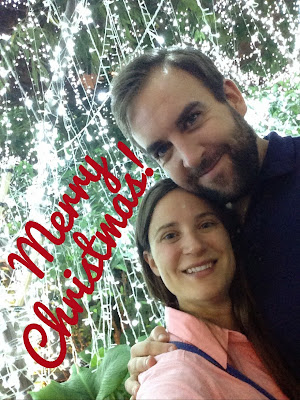