On our second day in Krabi, we decided to start the day with massages. We headed back over to the Golden Beach Resort, where I got a foot scrub and Rick had a Thai massage. 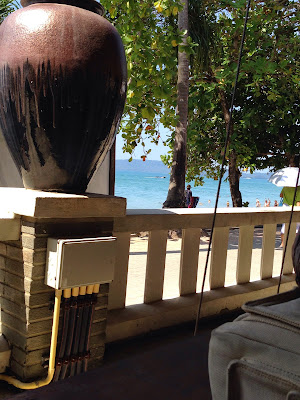 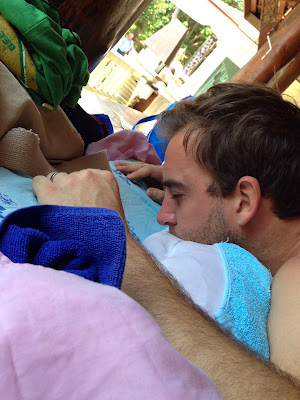 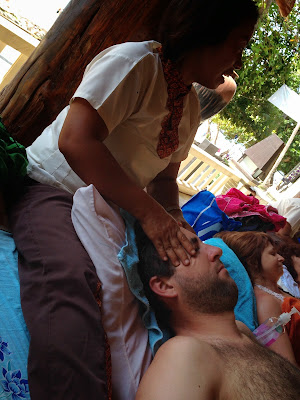 In addition to the spa, the hotel had a small food stand along the beachfront. We grabbed cocktails, and some Pad Thai for breakfast/lunch, and went down to the water to relax. 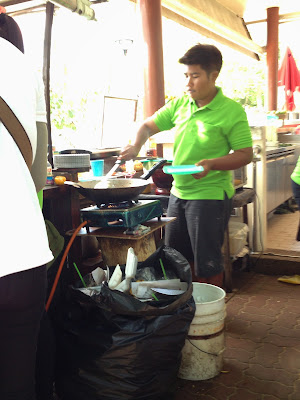 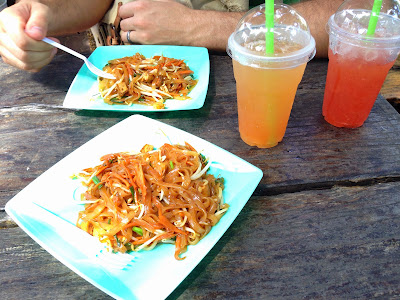 We spent time swimming, laying in the sun, reading, and watching the monkeys. People were buying fruit to feed them, and the monkeys would spot them coming from across the beach. They would run over to the people, tug on their shorts or even climb up on them. Too funny. Mid-afternoon, we grabbed cans of Chang from a vendor, which was the perfect refresher. 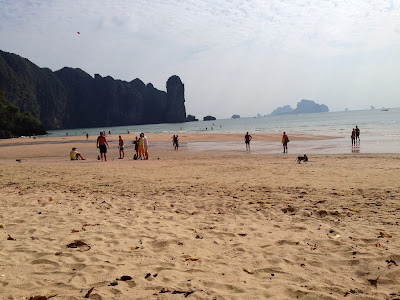 Later in the afternoon, we headed back to the hotel to shower. We ended up catching the whole of Click, which had been on the day before. Then, Zero Dark Thirty was on, and we were both hooked. We weren't intending to watch movies all afternoon, but it was nice to just relax.

It was back to Tandoori Nights for dinner, and then we picked up some ice cream at one of the local convenience stores--chocolate for me, and durian for Rick. The perfect sweet treat to end the day! Don't know how Rick could stomach that durian flavor though..... 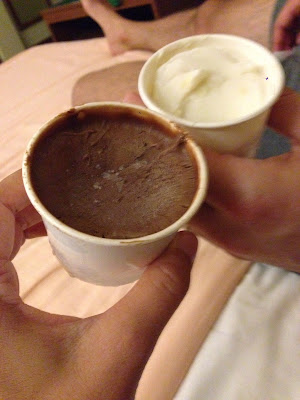 Off to Koh Samui next!