Saturday 11 October (and the evening of Friday the 10th!)

In keeping with our theme of visiting the Pacific Northwest, Rick and I planned a quick weekend to Seattle for the beginning of October. Making good use of our Companion Pass, we hopped on a flight Friday after work and headed off to the Emerald City.

We got in later than expected, and found our way to our hotel, in the Capital Hill District. We researched late night vegan dining in the city and found a place called Po Dog that served veggie hot dog. I am a sucker for all things hot dog, so we hopped in a cab to check it out.

Most of the hot dog stylings were unique--one had mac and cheese on top, one came with cream cheese and scallions. One of the front desk boys at the hotel had suggested trying the PB Dog, so we knew we had to go for it. Chicago style hot dogs have always been a favorite of mine, so we got one of those as well, and the fajita dog.

Rick's favorite dog was the peanut butter one, surprisingly enough. Mine was the Chicago style, and we both said we would definitely want to come back to try some other "flavors."

The restaurant is in a very busy nightlife area--lots of people out drinking and hanging out, and the people watching had to be the highlight of our experience. We decided to walk home in order to check out what else was in the area, but didn't stop in anywhere else.

On Saturday morning, we decided to head down to Pike Place Market. Of course its is a tourist must-do, but I did see a fair number of locals doing their shopping as well. The market is right on the water, and has a mix of farmer's booths, flower stands, artisan goods, seafood stalls, and food vendors. 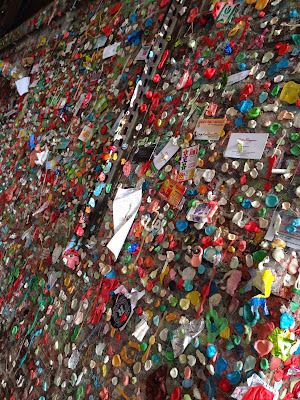 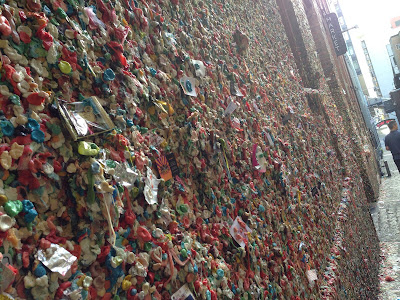 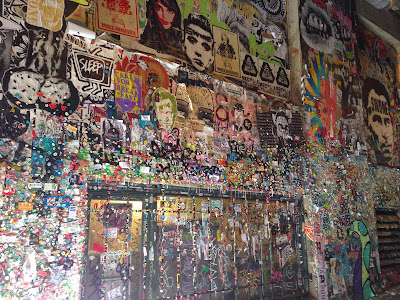 The market would also be a great setting for a scavenger hunt or an I spy game.....

We spotted a shop with a ginger beer sign, and knew we had to go in. It was Rachel's Ginger Beer, and it didn't take much convincing for me to talk Rick in to a cocktail. We opted for the Porch Swing, which had gin, ginger beer, and Aperol. All of our favorite things! 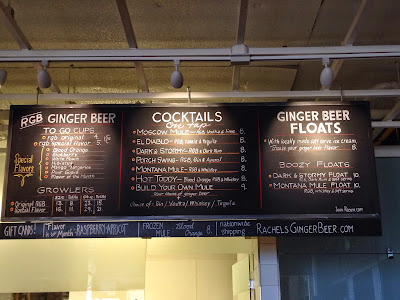 The gentleman that served us even had some Keith Haring tattoos--perfect! 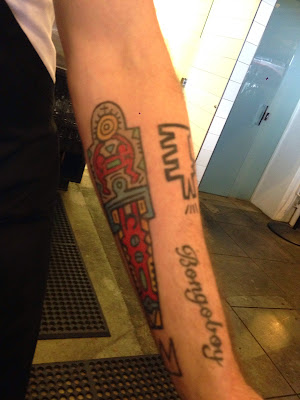 After all of our wanderings, we settled on a vegan cinnamon roll and hot cider for breakfast. We sat in the park next to the market and enjoyed looking out on the ocean while we ate. 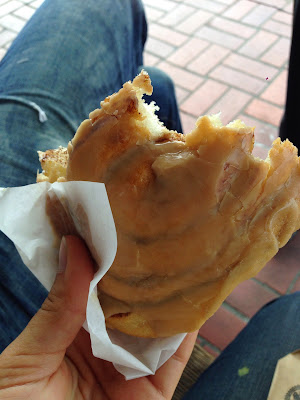 We finished up at the market and headed off toward the Space Needle. We decided not to go up to the top, but wanted to get close and see what it looked like in the daytime. 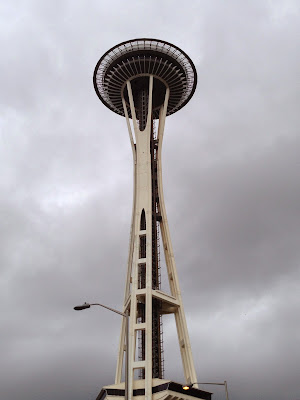 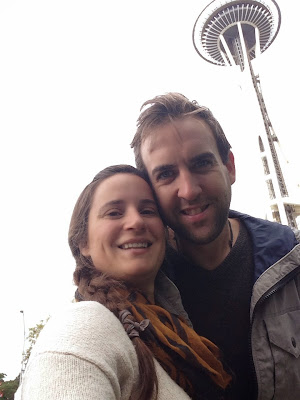 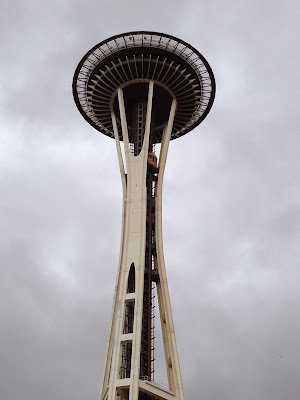 Even with a smattering of rain here and there, it was a great morning!
--E&R