Monday was a pretty laid back day for us. The only thing "on the schedule" was a couples massage at 1pm, so we decided to rent some surf boards and go out in the morning. Maui Wave Riders had opened a brand new storefront over the weekend, so we decided to check out what options they had for us. An all day rental was $20, so we got two boards and booties, and hit the beach! 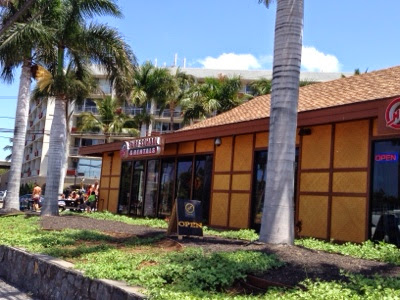 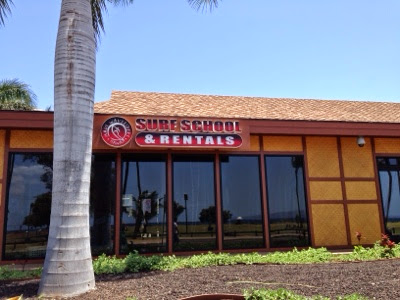 The beach at Kihei has a rock bottom, which was new for us. The waves were small and manageable, and the water was full of surf and SUP classes. I managed to catch probably 10+ waves, and though it took Rick a bit to get going, he got some great ones as well. We stayed out for a little over two hours and my knees totally got sunburned from sitting on the board waiting for waves :) 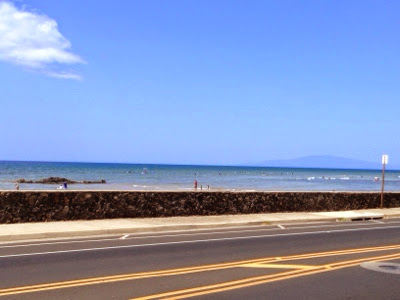 After a quick rinse off, we walked down to Joy's Place for lunch--a great healthy food choice just down the street from us. 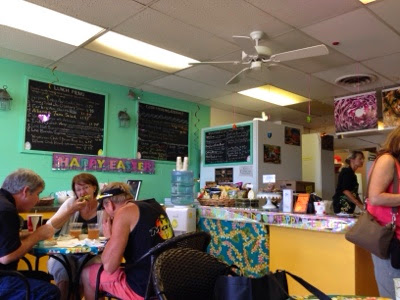 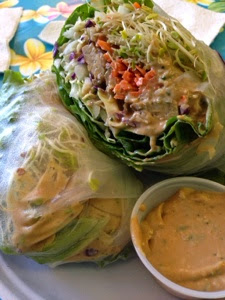 And the veggie burger with artichoke spread. Both were delicious! 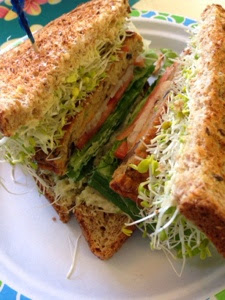 After lunch, we went over to Wailea Massage, a spa in a beautiful home in Kihei. We had an hour long massage, outside on the lanai, listening to the birds, trees, and a fountain. Very relaxing and both of us feel much more comfortable in the neck/shoulder region! 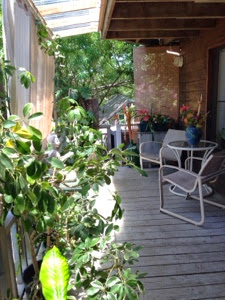 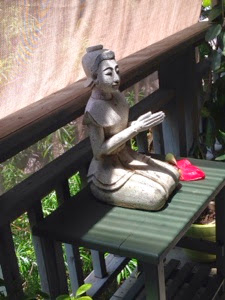 After massages, we attempted to go see our sea turtle friends again, but no luck. The ocean was much choppier, and they were avoiding coming out to play. We went down to Big Beach, and enjoyed some sunshine until it was time for dinner. We had some produce for salads left over from the farmers market, and two more Amy's bowls that we heated up in the oven.

After dinner, I talked Rick into some dessert at Ono Gelato. We wandered the local drug store and packed up the condo, in order to be ready to leave at 6am the next day. A relaxing and fun day in Kihei! 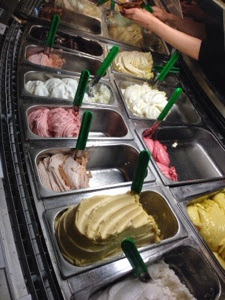 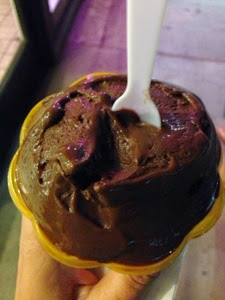 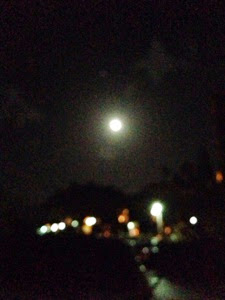 Saw the blood moon, too, but all of my pictures were bad. This one is for posterity's sake :)
--E&R
adventure beach kihei massage maui ono gelato surfing travel