Rick and I were both very excited to explore Nice. Thanks to some great suggestions via Facebook (thanks, Rachel and Lacy!), we had quite a list of things we wanted to be sure to do.

First up was the fruit/veg/flower market at Cours Selaya. We rented bikes from the Radisson, which were more expensive than the city's Velo Blu service, but turned out to be more reliable and convenient for us. We rode up the promenade, parked the bikes, and wandered the beautiful stalls of food. 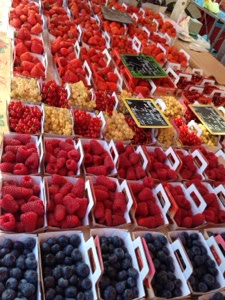 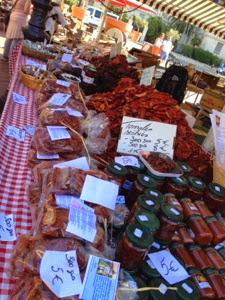 We had packed our veg cheese and some water, but picked up a baguette and a pizza ronde for breakfast. We also grabbed this bag of almost-too-ripe fruit for only 2 euro! It had apricots, plums, green apples, and something called a chanticler (maybe?) that was like a cross between an apple and a pear.

At the end of the street (United States street), there are stairs and a free elevator up to Castle Hill and the old citadel. The fortess was built in the 16th century, and the views of Nice from the top were breathtaking. You can see the entire footprint of the castle, an unexpected waterfall, and down into Nice harbor where all of the expensive yachts are. We spent time wandering around, and reading in the park. 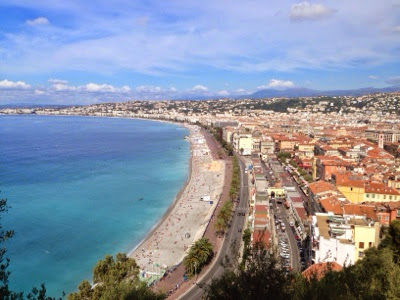 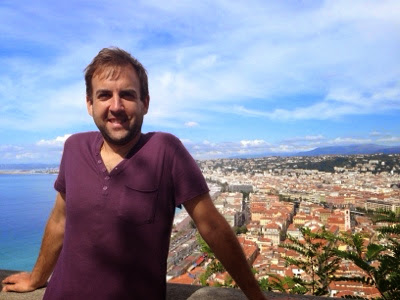 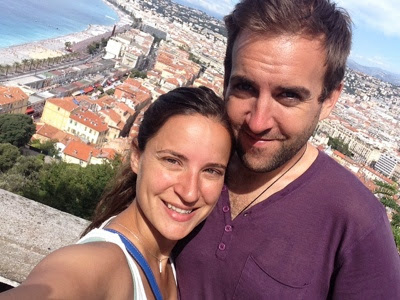 We had dome some research about a reatuarant that served a vegan brunch, but weren't all that hungry after our market breakfast. Instead, we decided to head back down to the public beach near our hotel and really enjoy the sunshine. We laid out for about two hours. I went sea glass searching again, and we both had a chance to get all the way in the water. Because it was Sunday, and sunny, the beach was much more populated than on Saturday. 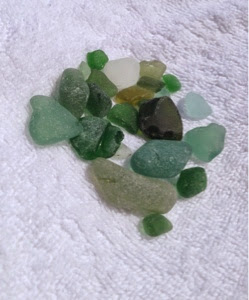 After the beach, we changed into some nicer clothes and headed back out on the bikes. Rick had wanted to check out the harbor, and I thought it was a great idea. The ride over wasn't too bad, and it was fascintaing to see all of the enormous (and expensive) boats. 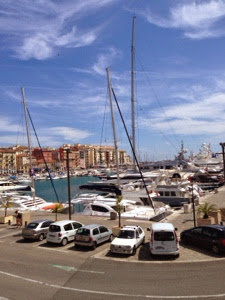 We decided to head over to Nice Life International, the restaurant that would have had the vegan brunch. We opted for drinks instead! I had a watermelon/lime/cucmber juice, and Rick had an iced chocolate/maca almond milk. Both were delicious! They have a huge world map wall, and patrons add a post it with their home locations. I was sure to add one for us! 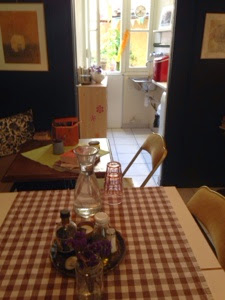 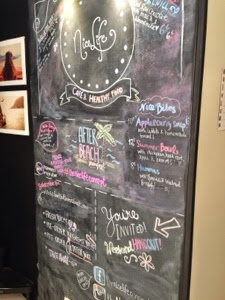 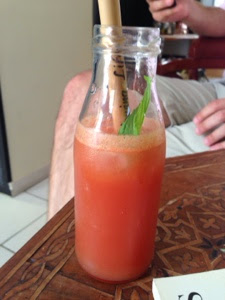 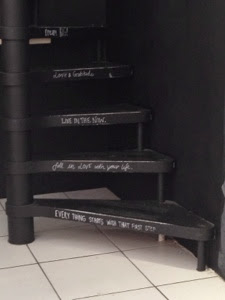 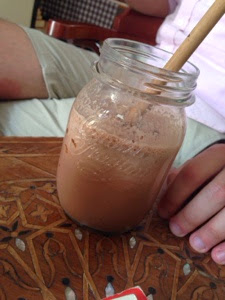 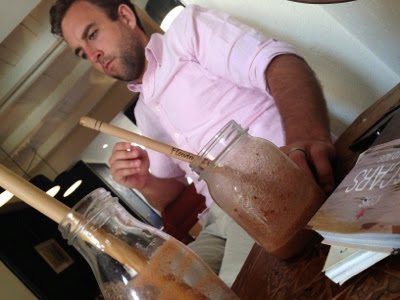 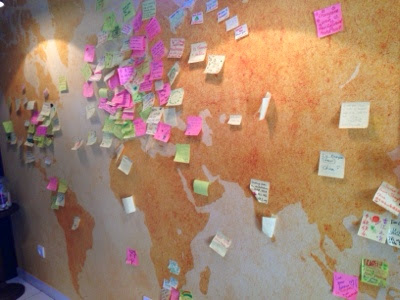 With a quick stop by the yachts again, it was time to head back to the Cours Selaya area for dinner. Rick had spotted an Indian place he wanted to try, but first we had a bit of a happy hour snack. 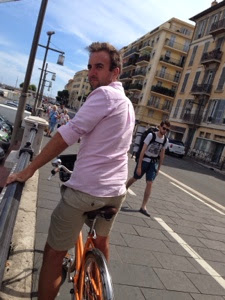 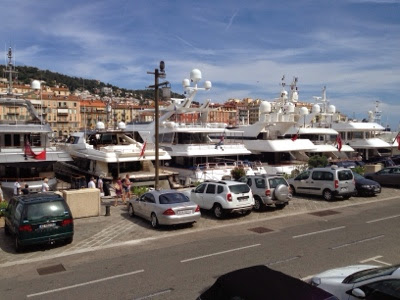 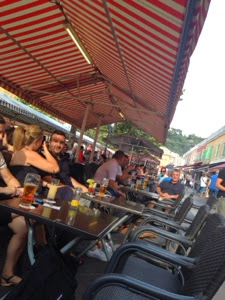 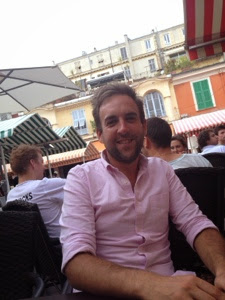 It was off to Dehli Behli after our drinks. The restaurant was down a small alleyway, hidden away, and has tons of awards for great food. We ordered samosas and onion bahji appetizers, and a vegetarian sampler platter, along with cocktails. The food was great, and it was a fun little place to experience! 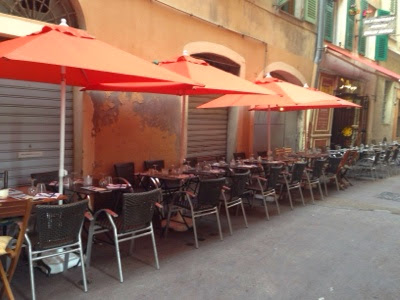 We happened upon a gelato stand after dinner that Rachel had said was one of the best. Their selection was impressive, and I managed to talk Rick in to a scoop :) 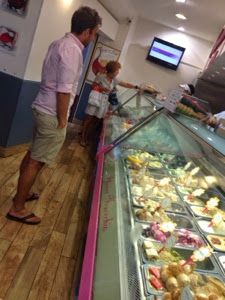 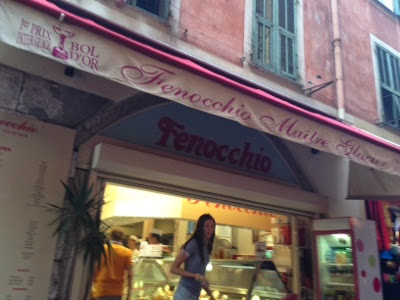 Once we got back to our bikes, we decided to head back to the hotel. Well....that was the plan anyway. When Rick reached in to his pocket for his key to the bike lock, it was nowhere to be found. We ended up retracing our steps to the bar and to Dehli Behli to see if anyone had found it. We even passed a police station that I was ready to ask at, but luckily the key had fallen under our table at dinner. This is officially the luckiest guy around:

We grabbed a bottle of wine and watched the football on our tv in the room--much more entertaining in English on the BBC than in French!